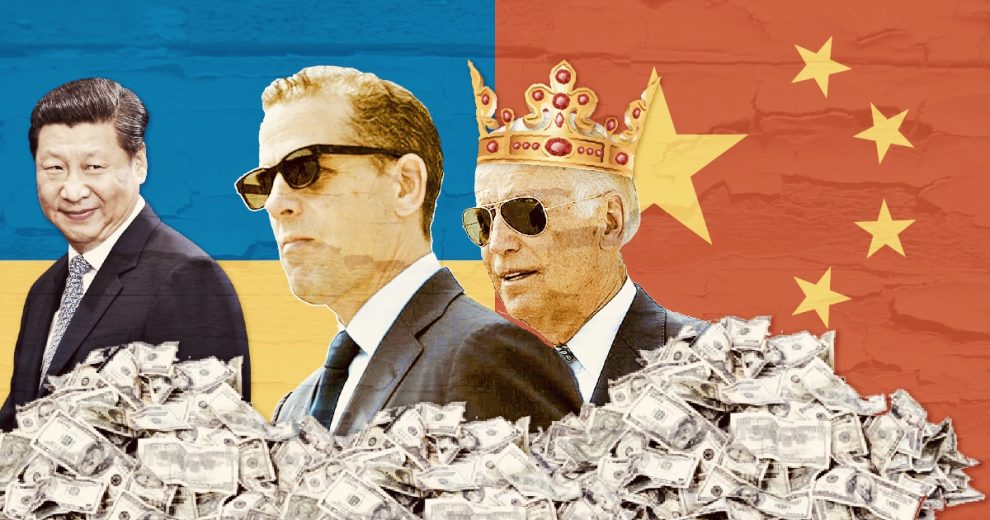 President Joe Biden left Hunter Biden a voicemail in 2018 about a business deal with Chinese energy giant CEFC, directly contradicting Joe Biden’s statement in 2019 that he and his son had not spoken about the family’s corrupt business schemes.

“Hey pal, it’s Dad. It’s 8:15 on Wednesday night. If you get a chance just give me a call. Nothing urgent. I just wanted to talk to you,” Joe Biden said, according to the Daily Mail, which first revealed the recording.

“I thought the article released online, it’s going to be printed tomorrow in the Times, was good. I think you’re clear. And anyway if you get a chance give me a call, I love you,” the message concluded.

Despite Joe Biden and his staff claiming at least seven times that the president has had no involvement with the Biden family business, Joe Biden’s voicemail to Hunter reveals the opposite.

In 2019, Biden told reporters on the presidential campaign that he had “never” spoken to Hunter about the family’s business dealings. “I’ve never spoken to my son about his overseas business dealings. Here’s what I know — I know Trump deserves to be investigated,” Joe Biden said. “You should be looking at Trump. Trump’s doing this because he knows I’ll beat him like a drum.”

Joe Biden’s 2018 voicemail was about the family business deal with CEFC’s chairman Ye Jianming, who was arrested in China on bribery charges, the New York Times had just reported, which Joe Biden called his son to discuss.

The Times article was titled, “A Chinese Tycoon Sought Power and Influence. Washington Responded,” with the subtitle, “Ye Jianming courted the Biden family and networked with former United States security officials. Today, his empire is crashing down in court.”

The Times article noted Ye met with Hunter in a Miami hotel in 2017 to form “a partnership to invest in American infrastructure and energy deals.” There is no evidence any deals between the Biden family and Ye were ever completed.

Mesires had been notified of the Times’ story by Hunter Biden’s ex-wife, Kathleen Buhle, who was contacted by Times‘ writer David Barboza, according to the Washington Examiner. “I wonder if I can call you about a story I am writing about a Chinese company you may have heard about. I don’t know that you know for sure. But someone suggested I ask you,” Barboza wrote to Hunter’s wife.

Hunter’s business dealings with CEFC China Energy are well documented. Peter Schweizer’s book, Red-Handed: How American Elites Get Rich Helping China Win, shows CEFC China Energy paid Hunter Biden nearly $6 million dollars in 2017.
In another instance, the Washington Post confirmed in March that Hunter had profited $4.8 million in retainer and consulting fees from a Chinese energy company through 2017 and 2018. Also in March, Sens. Chuck Grassley (R-IA) and Ron Johnson (R-WI) revealed a $100,000 direct payment from CEFC to Hunter Biden when Joe Biden was the chairman of the Senate Foreign Relations Committee in 2004.

Hunter’s laptop revealed Joe Biden would have made money on the deal with CEFC. The proposed plan, sent on March 13, 2017, included “10 held by H for the big guy?” Hunter Biden’s former business partner Tony Bobulinski confirmed the “big guy” refers to Joe Biden.

Text messages from 2019 on Hunter’s laptop also reveal the Biden family’s payout mechanism, which could be legal “predicates” for racketeering charges, according to former Utah U.S. attorney Brett Tolman.
“I hope you all can do what I did and pay for everything for this entire family for 30 years,” Hunter described to his daughter. “It’s really hard. But don’t worry, unlike Pop [Joe], I won’t make you give me half your salary.”

Hunter Biden is under investigation by the Justice Department for tax fraud, money laundering, and violation of lobbying laws, the Times reported. Hunter is reportedly attempting to settle the case out of court, paying $1 million to the IRS to evade conviction or a long sentence.