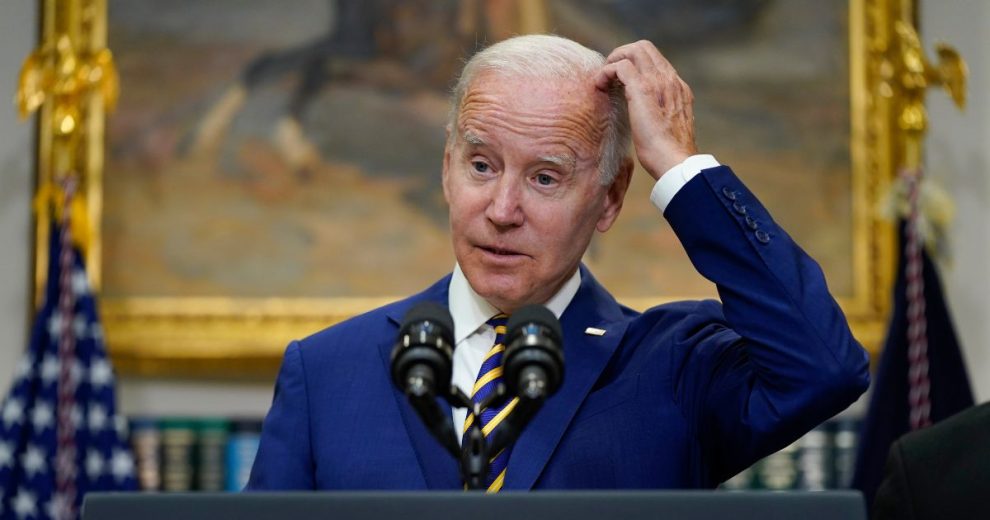 Joe Biden is the oldest president to ever hold office, recently turning 80 years old and staring down the barrel of an unprecedented re-election bid.

In the midst of that, his health has become an issue for voters, who consistently place it as a concern when polled, and that concern is backed by plenty of evidence. Biden has routinely given public appearances where his senility shines through like the rays of a thousand suns. He’s not okay, and the older he gets, the worse he gets.

But according to a new report, the president has no intention of accepting that reality. Instead, he’s apparently launching into profanity-laced tirades when the topic of his age comes up.

The oldest-ever commander-in-chief, who turned 80 last month, has “vented to allies” about how much the topic is discussed in the media as he sizes up a bid for a second term in 2024, Politico reported Tuesday.

“You think I don’t know how f—ing old I am?” an exasperated Biden — who reportedly has a penchant for profanity — ranted to one of his acquaintances earlier this year, according to the outlet.

Biden, who has said he expects to run for another four years in office but has pushed a final decision back until early next year, would be 86 years old when he leaves office if he completes a full second term.

Sudden bursts of anger are a symptom of dementia. I’m just saying.

The lack of self-awareness here is just incredible. Does he really not see how much he’s declined over the last several years? Is he not able to process when he’s fumbling over his words, forgetting names, and generally presenting as a man who should be in an assisted-living home?

Normal people as they age can typically sense that they are slowing down and adjust accordingly. Biden, though, is like a bull in a china shop. He truly believes he’s as capable as he was at 50, having no concept of his own condition and how others see him. That’s probably the scariest part of the situation. His profound lack of self-awareness is the best piece of evidence that he shouldn’t be holding the office he holds.

The idea that he’s going to run for re-election is just farcical. On the other hand, it’s likely given Biden’s outsized ego and his wife’s clear ambition to stay in the White House as long as she possibly can. So as bad as things are right now, they are going to get a lot worse. Imagine the president on the campaign trail in 2024. On the bright side, there will be plenty of material for intrepid conservative commentators.