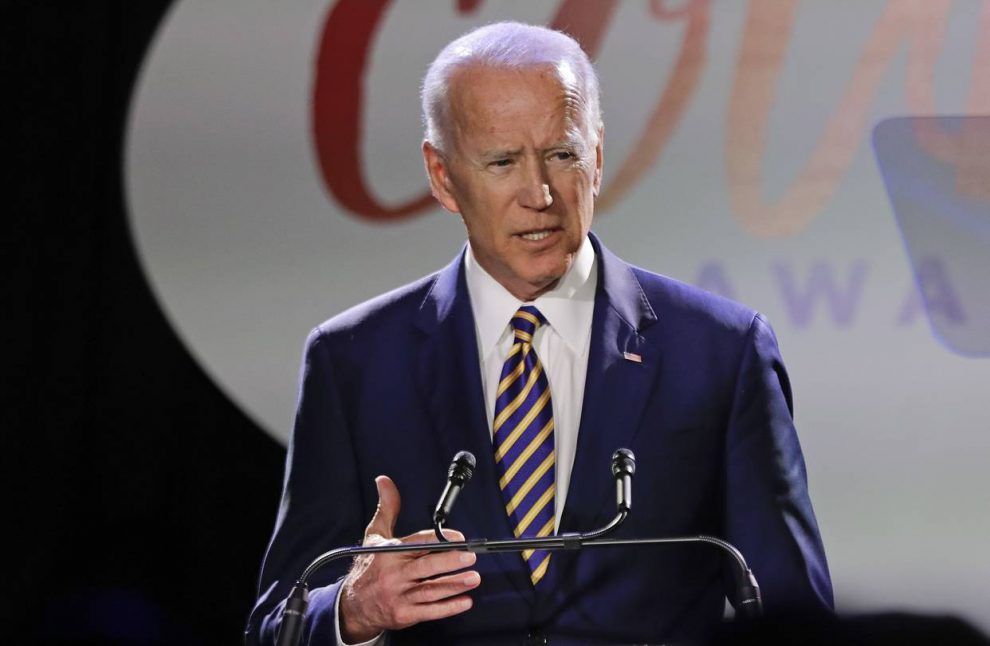 Poor Joe Biden.  He is learning what it is like when the master has the monster he has helped to create, turn on him.

The Democrat Party in America is a mutative organism.  It has shown an ability to morph over the centuries as the circumstances surrounding it changes.  This newest version of Democrat may reflect their perfection as a lower political life form.  That might sound like a contradiction in terms, but the party’s history is rife with such inconsistencies.

The “Party of Jefferson” was formed in 1792 by his supporters and those of Founders like James Madison who favored decentralized government (can you imagine?).  Members were called Democrat-Republicans (more irony).  The group ruled successfully up until the time of Andrew Jackson in 1824 when the Presidential election got tossed to the House of Representatives and dissension ensued.  The party fractured and from that breakup, today’s Democrat Party emerged.

After the Civil War, the party became strong in the south where it championed segregation and Jim Crow Laws.  It shape-shifted again in the mid-’60s as members learned that Lyndon Johnson’s “Great Society” programs provided a way to capture as voters the same people they had been discriminating against for decades.  The Democrats became the party of handouts.

They added pacifism to their lapel as Vietnam progressed and collected other “causes” along the way.  Their specialty has been to find various groups or categories of people and give them a way to identify themselves as victims who are entitled to something, anything, as redress.  They give people a place to be aggrieved.

Of late, however, their mutation has been rapid, even rabid, in nature.  Starting with the Supreme Court decision in Bush V. Gore after the 2000 election they have turned from a party of causes, either real or contrived, and have become the party of anger and intolerance.  The frothing reached an extreme with the election of Donald Trump in 2016 and they have attacked him with a savagery that has never been seen on such a large scale in the history of American politics (and we have had our share of political bitterness).

They created an elaborate national hoax involving President Trump and Russian collusion.  They threw everything they had upon the Kremlin wall but none of it would stick.  Now, still Walking Dead-angry, they are turning on themselves.  We see AOC struggling with Nancy Pelosi.  We have Chuck Schumer and Ilhan Omar in conflict.  Now, the newest bit of cannibalism involves “Uncle” Joe Biden and the #MeToo Movement.

The Democrat Party is going to have to rename itself “The Donner Party.”

Biden is being accused by former Nevada politician Lucy Flores of grabbing her shoulders, smelling her hair, and kissing her head at a 2014 political event.  I’m not certain if that constitutes three offensive acts or if hair smelling and head kissing are combined?  Let’s move on.

In addition to Ms. Flores, another accuser has come forward.  Independent writer, Amy Lappos, has told the Hartford Courant that in 2009 the Vice President approached her at a political fundraiser and behaved, well, like Joe.  “It wasn’t sexual, but he did grab me by the head.   He put his hand around my neck and pulled me in to rub noses with me. When he was pulling me in, I thought he was going to kiss me on the mouth.”

Hold on tight, Joe (or don’t hold on, maybe), there will be more accusations, the veracity of which will not be examined nor will they be permitted to be doubted. The angry mob that is the Democrat Party is coming for you.

They should come for you, by the way, but not because of dubious accusations of seemingly subjective inappropriate behavior. In his book, Secret Empires: How the American Political Class Hides Corruption and Enriches Family and Friends, Breitbart News senior editor-at-large Peter Schweizer reports that back in 2013, while you, VP  Biden, were in China visiting the Chinese President, your son, Hunter Biden, struck a deal with China’s state-owned bank on behalf of his private equity firm, Rosemont Seneca Partners, LLC, to create a $1 billion joint investment fund.

Coincidence?  About as coincidental as smelling someone’s hair while kissing their head.

There needs to be an investigation as to whether or not the Vice President pulled any strings or initiated any sort of quid pro quo for his son.  Hopefully, our President will get that started through the Justice Department.  In the meantime, the Democrat Party prefers to attack Biden on the trendier issue of men behaving badly.

Here is the tip:  If someone in your party or any other party, is accused of committing any transgression against any one of the protected groups within your party, then you lash out.  If someone is simply using their office for the purpose of personal enrichment and exploitation, that’s perfectly OK.

This upcoming 2020 political race is going to be incredible theater.  Since all of the Democrat candidates agree on their personal hatred for President Trump, the trick to differentiate themselves from one another will be in proving which of them is more self-righteous than the next.  While this is ultimately not healthy for the party, they cannot control their appetites.  Hate and anger are insatiable.  I’m looking forward to watching them eat.