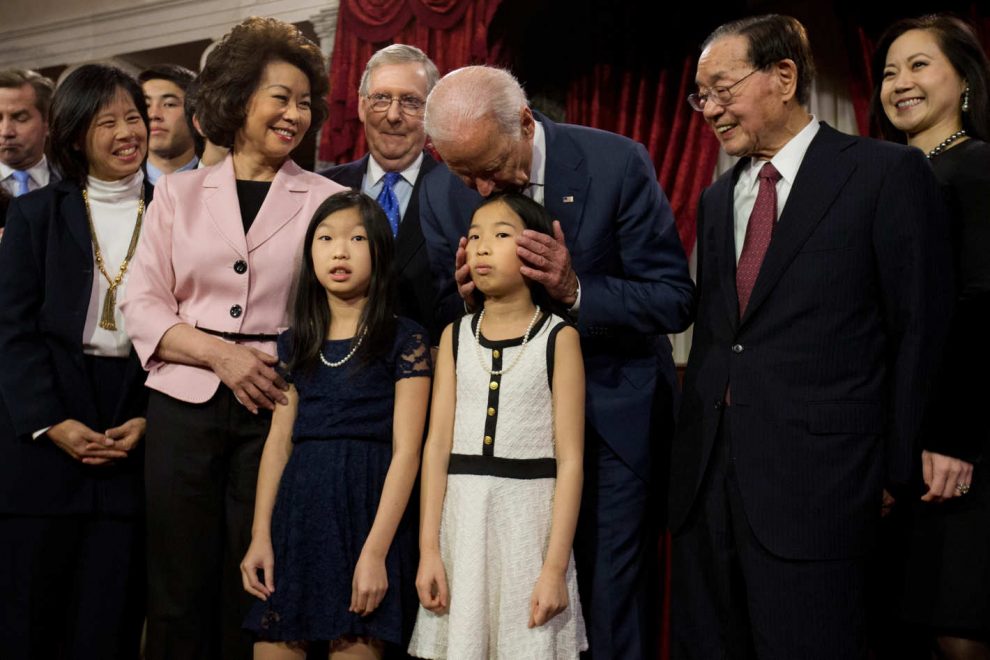 Vice President Joe Biden said his grandson asked him recently about an internet meme of him molesting a child at his son’s funeral.

“‘Pop, you have to run pop,” Biden said, claiming that his grandson Hunter asked him about a photo of the Vice President clutching him at his son Beau Biden’s funeral.
“Pop it says: ‘Look at Biden molesting a kid,” Biden recalled about the meme, quoting his grandson.
Biden discussed the story during a fundraising event with reporters present in South Carolina, according to a report of the event.
The photo he was referring to was a cropped photo from the Associated Press of Biden clutching and speaking to Hunter at the 2015 funeral for his son Beau. The meme tries to capitalize on other photos on the Internet of Biden touching children and making them feel uncomfortable.
Biden said he relayed the story to show supporters that both he and his family were aware of how Trump could attack the Biden family during the 2020 election, but he spoke in detail about a conversation he had with his grandson Hunter.
Biden’s grandson Hunter is the son of Hunter Biden, who divorced his wife in 2007 and had an affair with his dead brother Beau Biden’s widow. The couple broke up, however, shortly after Biden announced his presidential campaign.
Biden said that his grandson was gravely aware of the story, which is why he had to run for president.
“Pop I know it’s going to be mean, they’re going to say bad things about daddy,” Biden continued, saying that he was quoting his grandson. “Mommy and Daddy had a divorce and they’re going to really go after that.”
Biden elicited sympathy from the crowd as he related the story.
“My generic point is they know how tough it’s going to be,” he said, referring to his family.
Story cited here.
See also  'Just Stop Oil' Activists Protest, Glue Themselves to Van Gogh Painting
→ What are your thoughts? ←
Scroll down to leave a comment: