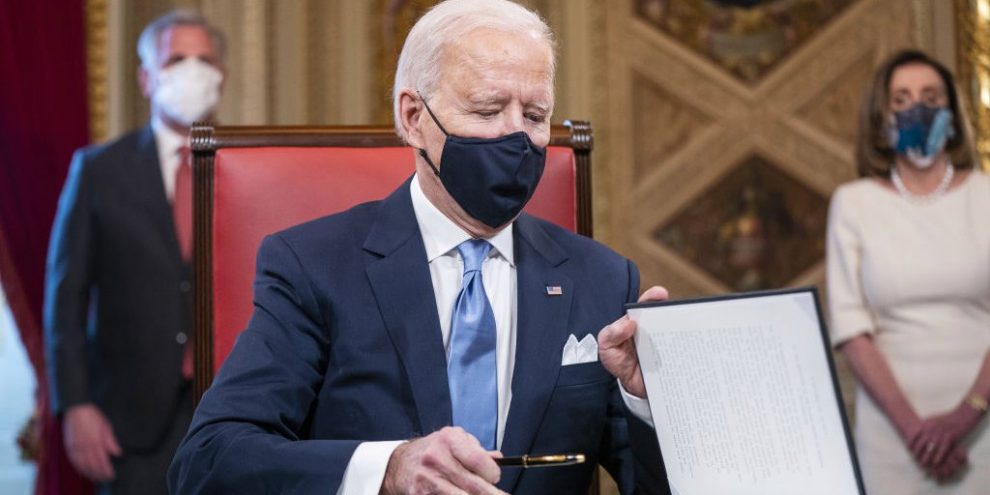 President Joe Biden announced Wednesday he would invoke the Defense Production Act to ramp up the production of baby formula, after months of failing to address the crisis.

The White House released a video of Biden speaking from the Oval Office, reassuring parents he understood they were worried about their children.

“As a parent and a grandparent, I know just how stressful that is,” he said.

The president issued a memo to Secretary of Heath and Human Services Xavier Bacerra invoking the act, even though he insisted his administration had been working on it for “months.”

“The Federal Government has worked in the last several months to address the shortfall in infant formula, but additional measures are needed to ensure an adequate supply of infant formula in the United States,” he wrote.

The Biden administration claimed they knew about the supply issues since February but failed to act quickly enough to increase supplies.

Biden argued Friday he was unaware of the problem until that day – his first mention of the crisis.

In recent days the White House announced several small actions to help bring formula back to the shelves, but those actions did not immediately address the crisis.

Biden also announced he would direct HHS and the Department of Agriculture to use planes from the Defense Department to help import more formula from overseas.

The president acknowledged in his memo that formula was “critical” for infants in the United States.

“Adequate supply of infant formula is critical to the health and safety of the millions of children who depend on the formula for essential nutrition,” he wrote.