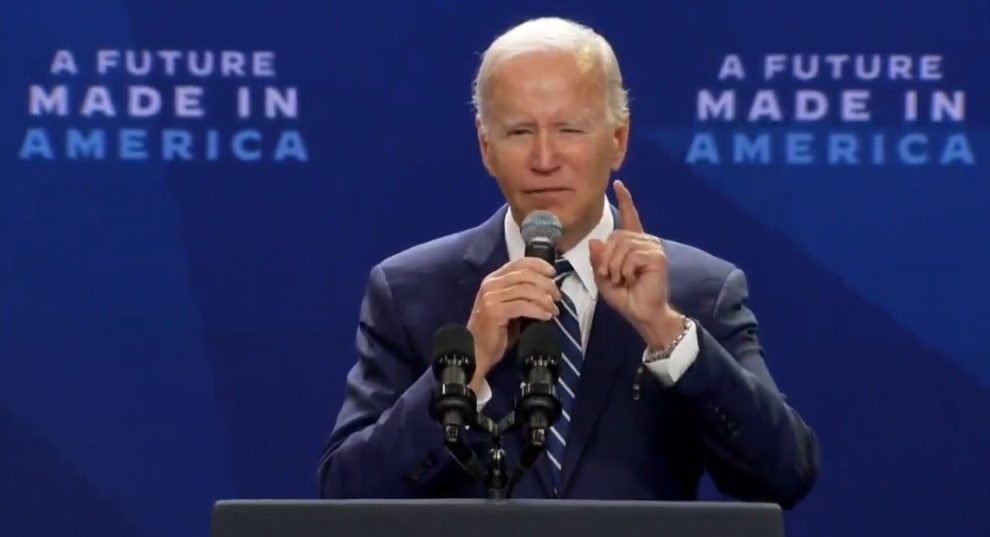 President Joe Biden claimed Thursday that gas was over $5 a gallon when he took office in January 2021.

“Today the most common price of gas in America is $3.39, down from over five dollars when I took office,” Biden boasted.

Gas was only $2.39 per gallon when Biden took office. The president was likely referring to gas prices hitting $5 a gallon during the summer but mixed up his timeline.

The president commented on gas prices during an event in Syracuse, New York, promoting a pledge by Micron Technology to invest in semiconductor manufacturing.

Biden also argued that the economy was improving.

“Inflation is down, real incomes are up, and the price of gas is down,” he said.

It is unclear exactly what numbers Biden was referring to. Inflation is still up 8.2 percent from last year and real wages have fallen 17 months in a row.

But Biden insisted he was making things better for Americans.

“When I took office, the economy was in ruins,” he claimed.