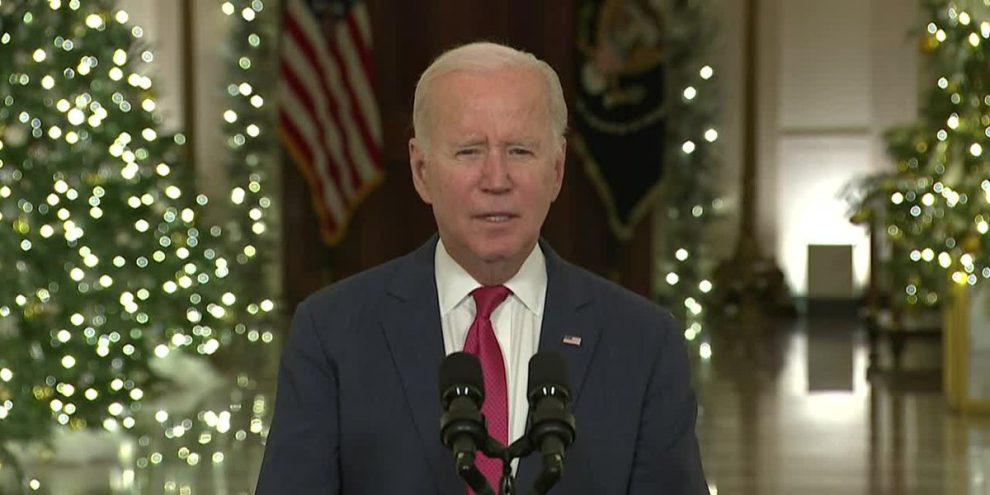 President Joe Biden delivered a Christmas address on Thursday but did not speak the name of “Jesus” or “Christ.”

“How silently, how silently, the wondrous gift is given,” Biden began, as he delivered his address to reporters at the White House.

The president spoke about a “child” born on Christmas but did not speak the child’s name.

“We look to the sky to a lone star, shining brighter than all the rest guiding us to the birth of a child, a child that Christians believe to be the Son of God,” he said.

Biden also spoke several times about the “light” and “peace” at the heart of Christmas.

“That light is still with us, illuminating our way forward as Americans and citizens of the world, a light that burned at the beginning and at Bethlehem,” he said.

The president used the Christmas holiday to ask Americans to unite around shared values rather than getting caught up in political bitterness.

“I sincerely hope this holiday season will drain the poison that has infected our politics and set us against one another,” he said.

“And look. Really look at each other. Not as Democrats or Republicans, not as members of team red or team blue, but as who we really are. Fellow Americans,” he said.

The president called for everyone to conduct “acts of kindness” for each other during the Christmas season.

“It might just be the best gift you can ever give,” he said.