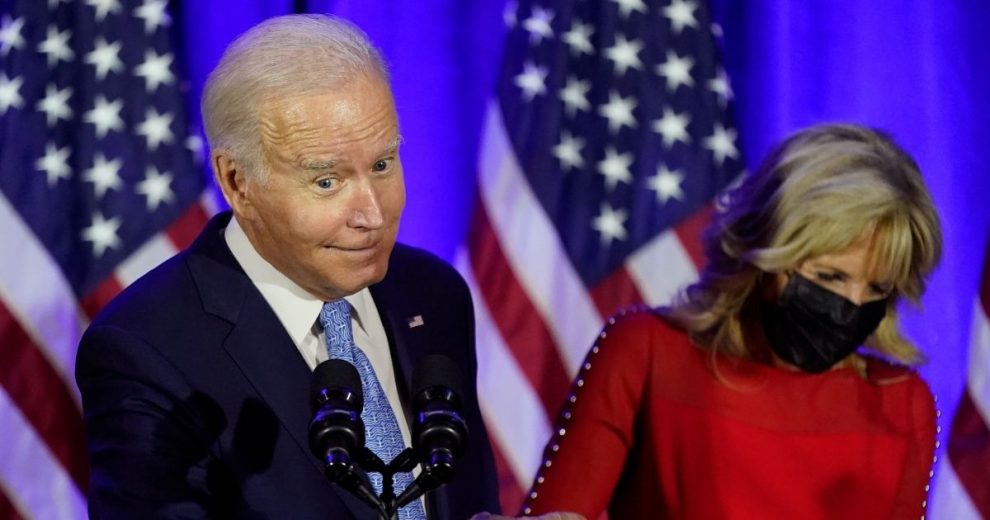 President Joe Biden connected the racist mass shooting in Buffalo on Saturday to the protests of Trump supporters on January 6.

The president cited January 6th riots after calling all Americans to “reject white supremacy” because they were making the country look bad.

“As president of the United States, I travel the world all the time. And other nations ask me, heads of state in other countries ask me, what’s going on? What in God’s name happened on January 6th? What happened in Buffalo,” Biden said.

The president demanded that Americans condemn white supremacy, insisting that silence about the issue was “compliance.”

“We have to refuse to live in a country where black people going about a weekly grocery shopping can be gunned down by weapons of war, deployed in a racist cause,” he said.

Biden indicated that white supremacists were acting out of a type of misguided patriotism.

“Look, the American experiment in democracy is in a danger like it hasn’t been in my lifetime. It’s in danger this hour,” he said. “Hate and fear are being given too much oxygen by those who pretend to love America. But who don’t understand America.”

The president also proposed doing more to prevent evil content from spreading on the Internet.

“We can address the relentless exploitation of the Internet to recruit and mobilize terrorism,” he said. “We just need to have the courage to do that. To stand up.”