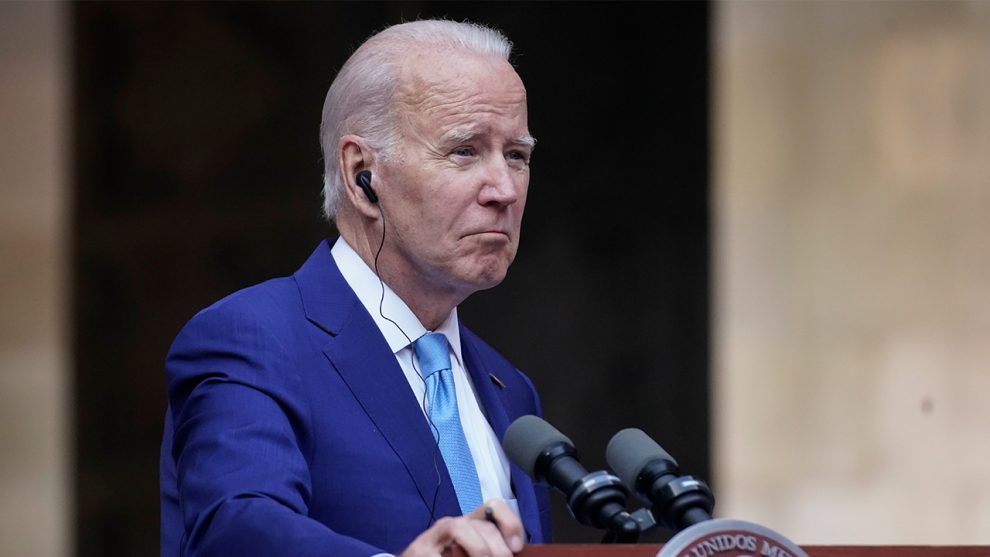 President Joe Biden said Tuesday he was surprised by the news that “boxes” of classified documents were discovered in an office he used after leaving the vice presidency, claiming ignorance of the existence of the materials.

“I was briefed about this discovery, and surprised to learn that there are any government records that were taken there to that office,” Biden said, reacting for the first time to the news during a press event in Mexico City on Tuesday.

The news broke Monday that classified documents were discovered in his old office by his lawyers and reported to the National Archives.

But Biden suggested that Americans should not doubt his respect for classified documents.

“People know I take classified documents, classified information seriously,” Biden said, detailing that the documents found were in a “locked” closet of his old office.

He also insisted he did not know what was in the materials, even as CNN revealed Tuesday they included topics such as Ukraine, Iran, and the United Kingdom. Some of the discovered documents were labeled “top secret.”

“I don’t know what’s in the documents. My lawyers have not suggested I not ask what documents they were,” Biden said, speaking carefully from his notes, noting there were “boxes” of documents that were turned over to the archives.

The White House said that the documents were discovered on November 2nd by one of Biden’s lawyers, who found them in the president’s private office in downtown Washington, DC. The D.C. office is where Biden worked as part of his paid agreement with the University of Pennsylvania’s Biden Center for Diplomacy and Global Engagement after leaving his position as vice president under former President Barack Obama.

President Biden is cooperating with his Justice Department as Attorney General Merrick Garland has assigned an attorney to investigate the matter. At this point, Garland has not turned over the case to a special counsel as he did with the classified records investigation of former President Donald Trump.

“We’re cooperating fully with the review, which I hope will be finished soon,” Biden said.

The documents were discovered a week before the 2022 midterm elections but were only revealed in a report first detailed by CBS on Monday.

The incident immediately drew parallels to the Justice Department investigation of former President Donald Trump for having classified documents in his possession, prompting them to raid his home at Mar-a-Lago.

“When is the FBI going to raid the many houses of Joe Biden, perhaps even the White House?” Trump asked on social media. “These documents were definitely not declassified.”

A president has the legal authority to declassify documents but a vice president does not.

Trump accused Biden’s think tank of being funded by China, calling into question whether the president was giving them classified information.

“How much more information has China been given?” he asked on social media.