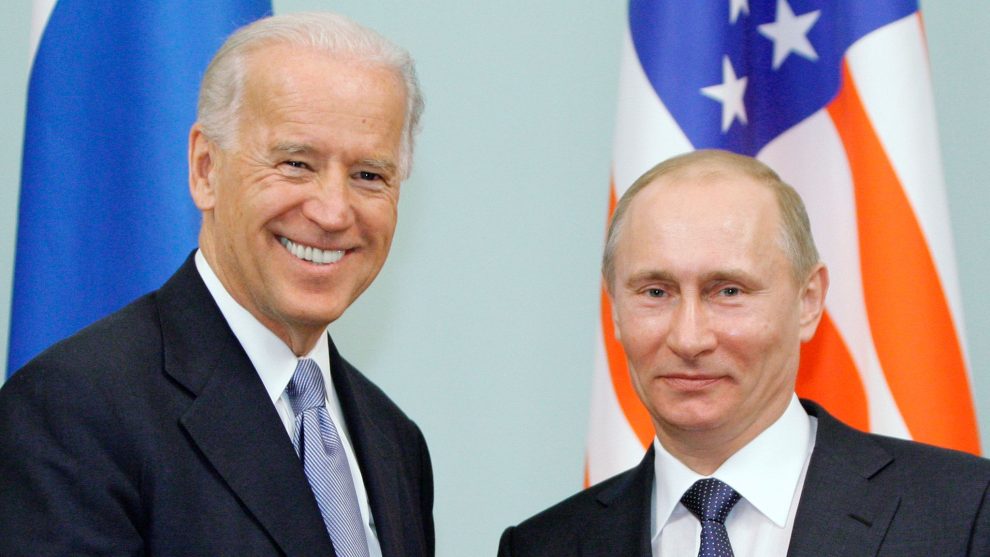 As reported by various sources, Joe Biden, on Monday, called for evidence to be gathered to put Russian dictator Vladimir Putin on trial for war crimes related to Russia’s invasion of Ukraine. “You saw what happened in Bucha,” he said, a reference to reports of mass killings of civilians by Russian-controlled troops in the town northwest of Ukraine’s capital of Kyiv.

He is a war criminal. This guy is brutal, and what’s happening in Bucha is outrageous and everyone’s seen it. I think it is a war crime … He should be held accountable.

Predictably, The New York Times put its “all the [narrative-driven] news that’s fit to print” spin on Biden’s comments, praising his “visceral reaction to the horrifying images coming out of Ukraine also reflects a broader effort to isolate the Russian leader.” Same Joe Biden whose inept administration for weeks threatened sanctions that never came prior to Putin’s invasion, only to later admit sanctions do not work as a deterrent.

When President Biden declared to reporters on Wednesday, almost off the cuff, that President Vladimir V. Putin was a “war criminal,” he was speaking from the heart, his aides said, reacting to the wrenching images of civilians — including children — being dragged, dead or disfigured, from ruins of buildings shelled by Russian forces.

But he was also personalizing the conflict, in a way past presidents have avoided at moments of crisis with the United States’ leading nuclear-armed adversary. And his remark underscored how personal condemnation has become policy, as Mr. Biden and his top aides frame Mr. Putin as a pariah, an indiscriminate killer who should be standing trial at The Hague.

Please spare us the Profile in Courage,” you clowns — Biden remains a timid ineffectual leader who, while his motives might be genuine, here, has never missed an opportunity to polish his tarnished image.

Will Putin ever face a war trial in the Hague? Given the pathetic state of pathetic things during these pathetic times, I doubt it. And what a tragedy that would (will) be. Not only for the victims of Putin’s atrocities — but for future victims of monsters to come.