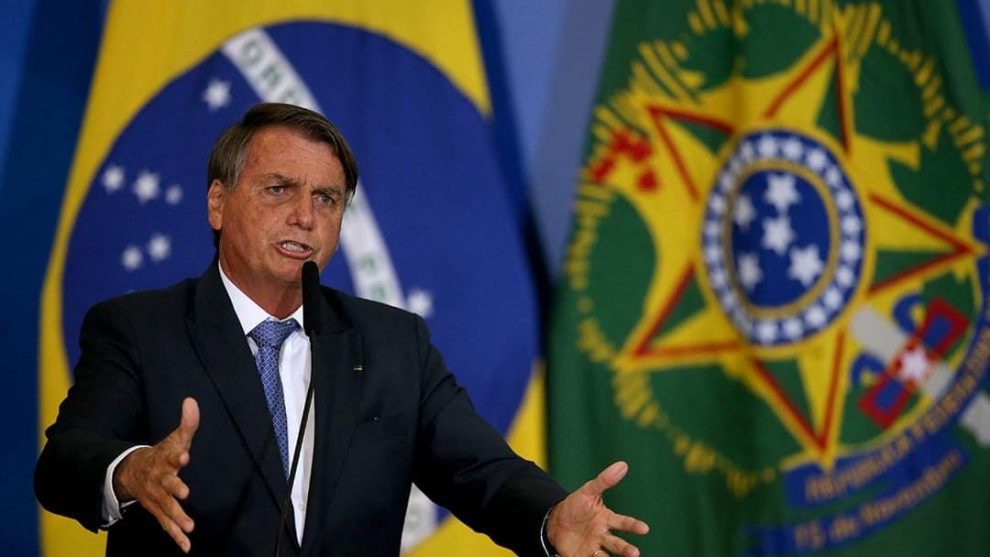 US journalist Glenn Greenwald is now complaining about the Communist takeover he helped support and enable. Greenwald was an outspoken critic of President Jair Bolsonaro the past several years. He got what he asked for — criminal Lula is back in charge, the communists are fully in charge and the iron boot of Marxism is taking control of Brazil.

Speaking to Steve Bannon, Brazil observer and activist Matt Tyrmand said: “They are going full Gulag. This is the worst Communist takeover ever.”

This was all the plan of the Biden regime and CIA.
Communists are good. Nationalists and populists are the enemy.

Back in October before the run-off election between the populist pro-Brazilian leader Jair Bolsonaro against the communist convicted felon Lula da Silva, Foreign Policy reported on how Joe Biden and the CIA were working to ensure a Lula win in Brazil.

According to reports, Biden personnel from the White House, Defense Department, State Department, and CIA all took part in threatening the Bolsonaro administration in rare, escalatory diplomatic meetings. Then, they took their false narratives to the corporate media.

Top officials from the White House, Defense Department, State Department, and even the CIA have held meetings and calls with Brazilian officials to try to head off any efforts by Bolsonaro to subvert the results of the country’s heated presidential elections.

…For Team Biden, the diplomatic spadework began even earlier. In July 2021, just months after entering office, Biden’s CIA director, William Burns, traveled to Brazil to meet with senior Brazilian officials, and during the meeting, his delegation warned them that Bolsonaro should stop casting doubt on his country’s electoral process. It was the opening gambit in a quiet campaign by Washington to preempt any moves by Bolsonaro to undermine Brazil’s democracy, current and former officials said.

A month after Burns’s visit, U.S. National Security Advisor Jake Sullivan visited Brazil to reinforce the same warning: Don’t undermine the elections. This June, Biden’s team signaled that the U.S. president had relayed the same message again during his meeting with Bolsonaro at the high-level Summit of the Americas meeting in Los Angeles. A month after that, it was U.S. Defense Secretary Lloyd Austin’s turn, pushing the chief of the Brazilian armed forces to commit to upholding safe and transparent democratic elections. Bolsonaro, a former Brazilian Army captain, has tried to leverage nostalgia for the country’s military dictatorship from 1964 to 1985 in his political campaign. (The United States provided support to Brazil’s military as it plotted the coup in 1964.)

“The Biden administration expects all candidates to respect and accept the results of free and fair elections. We have made this clear to Brazilian officials, just as we do concerning elections held in countries around the world,” a spokesperson for the U.S. National Security Council told Foreign Policy when asked about the matter. “We are monitoring the upcoming elections in Brazil closely. We trust the Brazilian people and have faith in the strength of Brazil’s democratic institutions.”

It remains unclear how effective the U.S. diplomatic campaign was behind the scenes, but analysts say there are some early signals it paid off. The Brazilian news outlet Estadao reported on the matter last month, suggesting that U.S. pressure may have played a hand in persuading Brazil’s armed forces not to back any unfounded claims by Bolsonaro of fraud in the first round. The Brazilian military disputed the report.

“I think it had an effect on the military,” Abramovay said. “I think it’s really hard for the Brazilian military to imagine support for any anti-democratic adventure without U.S. support.”

As we continue to witness “the worst communist takeover ever” take place in Brazil keep in mind that this was the work of the current Biden regime and CIA.

Will the Western media report on this? Or are they still badmouthing populist President Bolsonaro?

Joe Biden and the Deep State are fully to blame for this horrific international development.

This was their plan. We can no longer deny it.

They surrendered in Afghanistan and armed the Taliban with $80 billion in US arms. Now, they installed a communist regime in Brazil, the largest South American country and economy.

This can’t be an accident.