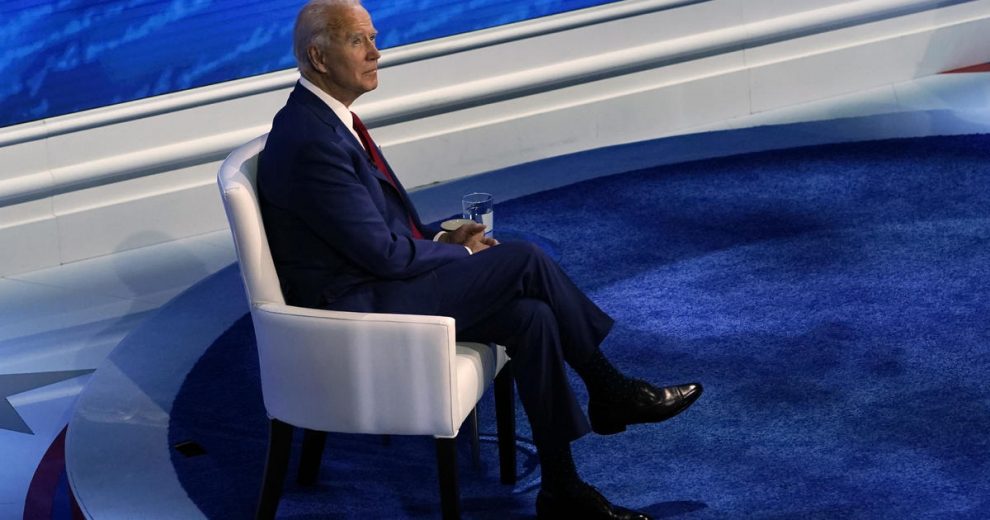 Former Vice President Joe Biden said during a town hall hosted by ABC News on Thursday night that eight-year-olds should be allowed to decide that they are transgender.

Haeck: I’m the proud mom of two girls, eight and ten. My youngest daughter is transgender. The Trump administration has attacked the rights of transgender people, banning them from military service, weakening nondiscrimination protections, and even removing the word “transgender” from some government websites. How will you, as president, reverse this dangerous and discriminatory agenda and ensure that the lives and rights of LGBTQ people are protected under U.S. law?

Biden: I will flat-out just change the law. Eliminate those executive orders, number one. You may recall, I’m the guy who said — I was raised by a man who, I remember, I was being dropped off, my dad was a high school-educated, well-read man who was a really decent guy, and I was being dropped off to get an application in the center of our city, Wilmington, Delaware, the corporate capital of the world at the time, and these two men are getting out to get an application to be a lifeguard in the African-American community, because there was a big swimming pool complex. And these two men, well-dressed, leaned up and hugged one another and kissed one another. I’m getting out of the car at the light, and I turned to my dad, and my dad looked at me, he said, “Joey, it’s simple. They love each other.” The idea that an 8-year-old child, a 10-year-old child, decides, you know, “I want to be transgender, that’s what I think I’d like to be, it’d make my life a lot easier” — there should be zero discrimination. And what’s happening is, too many transgender women of color are being murdered. They’re being murdered. I mean, I think it’s up to now 17, don’t hold me to that number. But — it’s higher now?

Biden: And that’s just this year. And so, I promise you, there is no reason to suggest that there should be any right denied your daughter or daughters, whichever, one or two —

Biden: — oneyour daughter, that your other daughter has a right to be and do. None. Zero. And by the way, my son, Beau, passed away, was the attorney general of the State of Delaware. he was the guy that got the first transgender law passed in the state of Delaware and because of a young man who became a woman, who worked for him in the attorney general’s office. And I’m proud of that.

Beau Biden, who was the attorney general of Delaware, supported the state’s non-discrimination law, though he did not technically pass it himself.