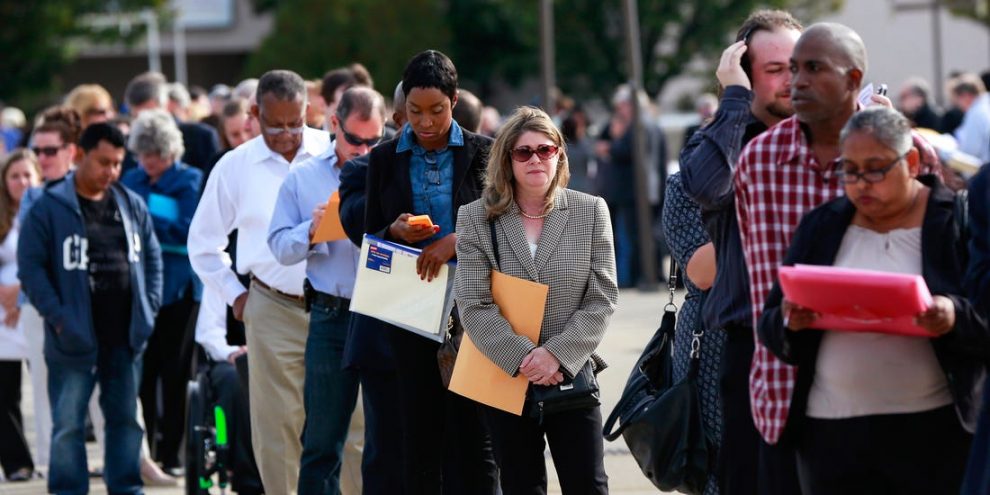 The record 6,648,000 seasonally adjusted claims figure comes after 3.3 million sought benefits two weeks ago. Claims have skyrocketed after large segments of the U.S. economy shut down in response to government orders aimed at combating the coronavirus pandemic.

Economists had expected claims to remain around 3 to 4 million but few had confidence about such forecasts in light of the rapidly changing economic conditions.

On an unadjusted basis, new claims came in at 5.8 million. Some economists will look to that as a more accurate read of the labor market because seasonal adjustments are less relevant in the unusual circumstances prevailing now.

Initial jobless claims are a proxy for layoffs. The extremely high levels recorded in the past two weeks are an indication that businesses have let go millions of workers as demand for goods and services, as well as the ability to provide them, has fallen dramatically due to fears of the virus and orders to stay at home.

The layoffs are widespread across the U.S., according to state-by-state data reported with a one week delay. All states reported increases in initial claims for the week ending March 21. The largest increases were in Pennsylvania, Ohio, Massachusetts, Texas, and California. The smallest increases were in the Virgin Islands, South Dakota, West Virginia, Vermont, and Wyoming.