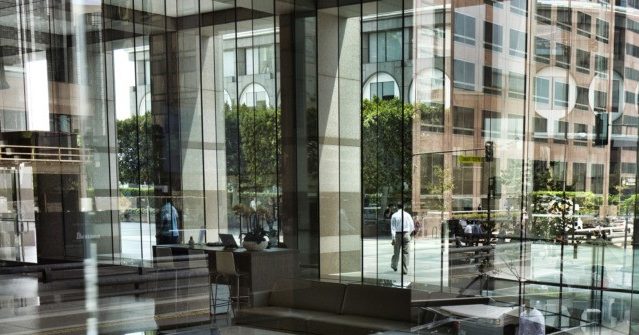 Young Americans got an eye-popping 7.6 pay increase from late 2017 to late 2018, according to a survey of 2,000 Americans by the D.C.-based Conference Board, a business-run economic research center.

The good news was touted by the White House, with a headline reading, “Younger Workers Report Biggest Gains in Happiness With Pay,” and a Labor Day tweet from President Donald Trump.

….Average hourly wages growth has far outpaced what we saw with President Obama. Across all industries, from mining and construction, to leisure & hospitality, With President Trump we see income growth in states like Iowa, Ohio, Pennsylvania, Wisconsin, Nevada, Florida,……

Young people are more likely to get pay raises because they are more willing to switch employers in President Donald Trump’s go-go economy, according to Gad Levanon, the chief economist at the board.

“Young workers are more likely to be new hires,” Levanon told the Wall Street Journal. “When you hire someone new, you have to go to the market and those wages are much more sensitive to labor-market conditions.”

American workers under 35 report being happier with their paychecks than people over 55 for the first time since at least 2011, according to a new report from the Conference Board, a business-research organization that polls U.S. employees about workplace satisfaction.

Overall, the share of workers satisfied with their paychecks rose to 46.4% in 2018, from 43% in 2017, an increase that mirrors federal data showing that wage growth accelerated in 2018. The biggest leap came from millennials and Generation Z, whose enthusiasm for their compensation shot from 36% in 2017 to nearly 46% a year later.

Overall, median weekly earnings rose 5% from the fourth quarter of 2017 to the same quarter in 2018, according to the Bureau of Labor Statistics. For workers between the ages of 25 and 34, that increase was 7.6%.

The trend has continued throughout 2019, suggesting that younger workers will walk into the 2020 voting booths carrying much fatter wallets.

But Trump’s economy has a long way to go before it can reach prior levels of optimism, the Wall Street Journal said:

Nearly 54% of U.S. workers said they were satisfied with their jobs in 2018, the highest share reported in more than two decades.

Despite the mostly good news for workers and their employers, the 2018 data look less rosy in historical context. In 1987, the first year of the survey, job satisfaction hovered above 61%. Since then, the quality of Americans’ work lives has been eroded by a fraying sense of loyalty between employees and employers, the decline of workers’ bargaining power through unions, and the rise of outsourcing, among other factors, Mr. Levanon said.

In part, wages are being driven up because Trump’s “Hire American” promise is preventing investors from importing all of the cheap labor they want. Also, Trump’s growing economy is forcing investors and CEOs to compete for American workers and to invest in labor-boosting machines, such as robots.

American engineers are being hired to pick strawberries with robot machines b/c Trump is constricting the supply of (hard-working) foreign migrants who pick strawberries by hand. IOW, win-win for Americans. https://t.co/1khMIkygZw

The government also prints out more than 1 million work permits for foreigners, it tolerates about 8 million illegal workers, and it does not punish companies for employing the hundreds of thousands of illegal migrants who sneak across the border or overstay their legal visas each year.