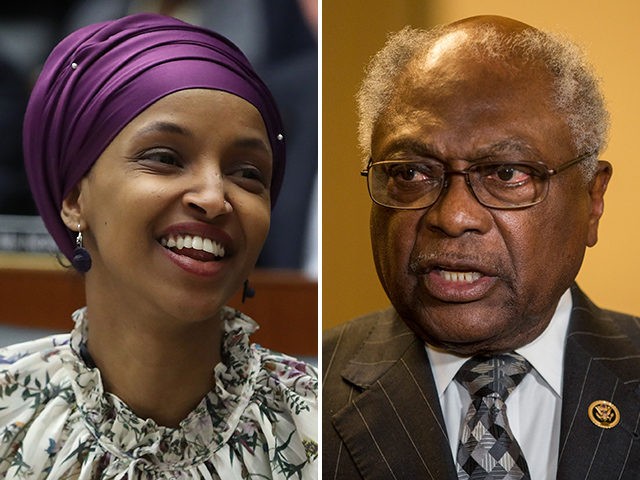 As Democrats line up to defend Rep. Ilhan Omar and come up with her excuses for her anti-Semitism, House Majority Whip Rep. James Clyburn, D-S.C., tried to minimize her comments by arguing that she escaped violence in Somalia, so her experience was “more personal” than Jews who merely had parents survive the Holocaust.

The Hill reports, “Clyburn came to Omar’s defense Wednesday, lamenting that many of the media reports surrounding the recent controversy have omitted mentioning that Omar, who was born in Somalia, had to flee the country to escape violence and spent four years in a Kenyan refugee camp before coming to the United States.”

The article quotes Clyburn as saying, “There are people who tell me, ‘Well, my parents are Holocaust survivors.’ ‘My parents did this.’ It’s more personal with her … I’ve talked to her, and I can tell you she is living through a lot of pain.”

This has to be one of the more bizarre efforts to protect somebody who has repeatedly peddled the worst anti-Semitic tropes, despite multiple interventions by people explaining exactly why her words were offensive. The implication is that because Omar fled Somalia she gets a free pass to target another religious minority.