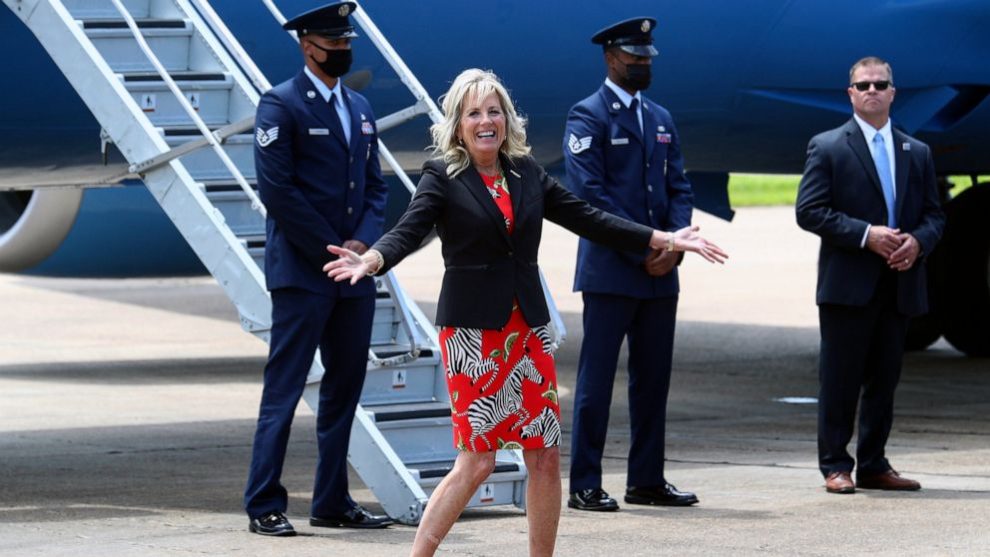 First Lady Jill Biden has given an interview to mark the end of her first year in the White House, detailing the tough tasks demanded by her self-defined role of “healing” the nation while at the same time giving hugs, love and understanding to those she can reach out to.

The community college teacher told the Associated Press she found herself taking on a role of universal caring that “I didn’t kind of expect, which was like a healing role, because we’ve faced so much as a nation.”

Biden was interviewed January 8 on the sundeck near a swimming pool at a Las Vegas hotel a day after she and the president comforted families in Louisville, Colorado, where a huge swath of homes burned to the ground in a late December wildfire, according to AP.

Jill Biden circles the wagons around Anthony Fauci as calls for his ouster grow amid his email scandal. https://t.co/cVkXvHIblv

Biden, 70, hugged people “as they stood in front of the charred ruins of their lives and later offered public condolences for dogs and other pets killed in the blaze,” the report outlined.

Her visits to Colorado and to see victims of a deadly Christmas parade crash in Waukesha, Wisconsin, and a journey to tornado-ravaged areas of Kentucky are a “prime example” of the responsibility she feels, she said. It’s what she would want as a regular person who survived a natural disaster or other tragedy.

“I would want to know that my president and first lady cared about me,” Biden said.

“I think that’s an important part of what I do. I mean, just helping people through the tough times.”

For her, the White House “is a magical place.” When she wakes up, she thinks, “Wow, look where I am.” But she also feels there’s a lot of work to do in the country and, because of that, she can’t “get my coffee and sit in bed and watch the news.”

“I’ve always said that if I were ever given this platform I would never waste it. Not one day,” the first lady told AP. “That’s why when I wake every day I think, ’What can I do today? … What am I doing? Where am I going? What’s the strategy? What’s the plan?’”

Her plans for 2022 include keeping her focus on education, military families and doing more work promoting cancer research. She will continue to teach.

“But then I want to layer some other things on,” Jill Biden added, describing her desire to bring art and artists to the White House and her hope that the pandemic will recede enough to allow the White House to reopen to tourists and more socializing.