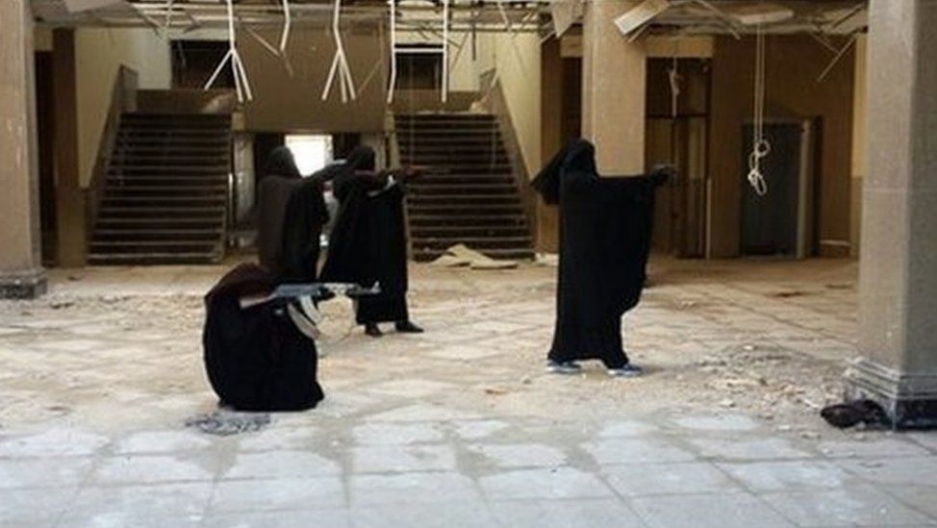 A shocking video allegedly showing unrepentant jihadi brides being transported to a refugee camp after being rescued from ISIS’s final holdout in Syria has emerged, in which they shout abuse and pledge loyalty to the terrorist group.

The short clip shows women dressed head to toe in black, holding their young children, on the back of a truck reportedly taking them from ISIS’s final frontier in Baghouz to a refugee camp.

They are heard shouting ‘baqiya’, from ISIS’s motto ‘baqiya wa tatamaddad’, which means ‘remaining and expanding’, and screaming abuse at journalists, throwing water at the camera filming them.

Many of them, along with the young children, are seen pointing their index fingers to the sky in a gesture used by ISIS supporters to proclaim the oneness of God, and show unity to their so-called ‘caliphate’.

Women fleeing Baghouz last week were seen throwing rocks at journalists, and attacking female reporters for not dressing according to their interpretation of Islam.

One ISIS bride was seen grabbing the uncovered hair of a female reporter, saying: ‘Have you not read the Koran, are you not ashamed?’

A third woman snarks at the way the reporter is dressed: ‘God curses women who resemble men’, as the group shouted in unison: ‘The Islamic State is here to stay!’