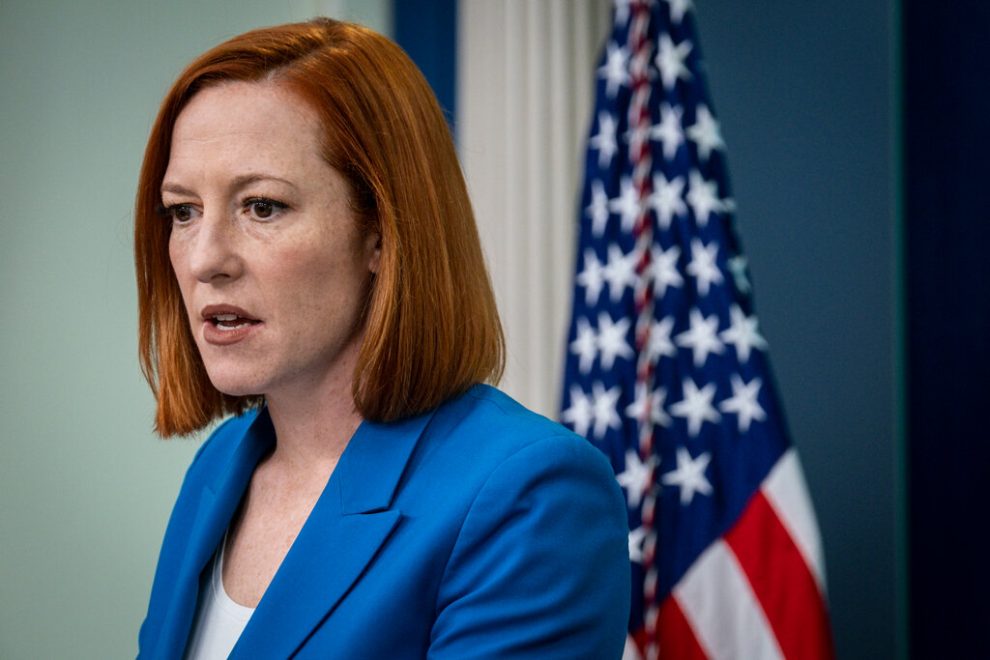 “Today, in preparation for travel to Europe, I took a PCR test this morning. That test came back positive, which means I will be adhering to CDC guidance and no longer be traveling on the President’s trip to Europe,” Psaki said in a statement released before the White House press briefing.

She will not travel with the president to Europe on Wednesday.

Psaki revealed she met with Biden twice on Monday but said they were “socially-distanced” occasions that were not considered “close contact” by the Centers for Disease Control.

She said that Biden tested negative for coronavirus on Tuesday.

The press secretary is fully vaccinated and has had her booster shots.

Psaki said she would work from home for five days before returning to work in person at the White House.

“Thanks to the vaccine, I have only experienced mild symptoms,” she said.

Psaki also tested positive for the virus in October, four months and three weeks ago, preventing her from traveling to Europe for Biden’s trip to Italy for the G-20 summit.

Twitter
See also  John Bolton Says He May Run Against Trump In 2024
→ What are your thoughts? ←
Scroll down to leave a comment: