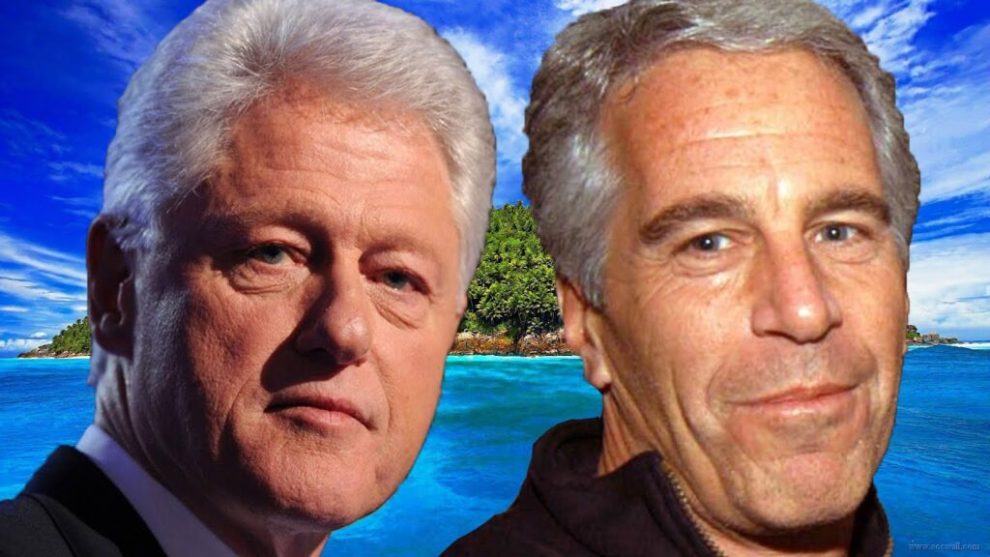 One of Jeffrey Epstein’s sex trafficking victims has come forward with new details about former president Bill Clinton’s relationship with the deceased pedophile.

Juliette Bryant told The Daily Beast that a woman named Naja Hill approached her at cocktail lounge in South Africa in 2002 and lured her into Epstein’s world with promises of a modeling career.

Bryant, who was only 20 at the time got caught up in a whirlwind life of traveling on Jeffrey Epstein’s private jet, “Lolita Express” and frequently crossed paths with Bill Clinton.

“I was completely conned,” Bryant told The Daily Beast. “I wouldn’t go with some random man to the Caribbean. He seemed legitimate. Clinton gave him credibility.”

Bryant told The Daily Beast that when she first met Bill Clinton she believed he was very close to Epstein because the two shared a suite at Cape Grace, a luxury hotel in South Africa.

Juliette Bryant was at a Cape Town cocktail lounge with a friend when an associate of Jeffrey Epstein approached her. “This guy is bothering me,” the woman, an American actress named Naja Hill, told them that night in September 2002. “Can I hang out with you guys?”

“I was a silly young 20-year-old and thought it sounded like such an amazing opportunity considering the people he was here with,” Bryant told The Daily Beast, in her first in-depth media interview about surviving Epstein’s sex ring. She also spoke to BBC Two for its new series about Epstein’s former girlfriend and now-convicted accomplice Ghislaine Maxwell. The show, House of Maxwell, premiered on Monday.

“That’s what gave Epstein credibility,” Bryant added. “The fact that he was with Clinton.”

According to Bryant, when she arrived at the restaurant, Clinton stood up to shake her hand and didn’t let go, even when he began speaking to someone else. “He just kept holding onto my hand,” Bryant told us. “It was like a dream. It was so bizarre.”

She would also see the famous Democrat again the next day, after Hill invited her to join their entourage and show Epstein her modeling portfolio.

Bryant crossed paths with Clinton and Epstein as they toured Africa on a high-profile humanitarian trip, during which the former president, his Secret Service team, and others flew aboard Epstein’s private jet dubbed the “Lolita Express.” Clinton has not spoken publicly about this journey or his multiple other flights with Epstein aside from a 2019 statement which claimed he knew “nothing” about the late sex offender’s “terrible crimes.”

Epstein ensnared Bryant in his trafficking scheme not long after this Cape Town rendezvous under the guise of offering her modeling jobs in the U.S.