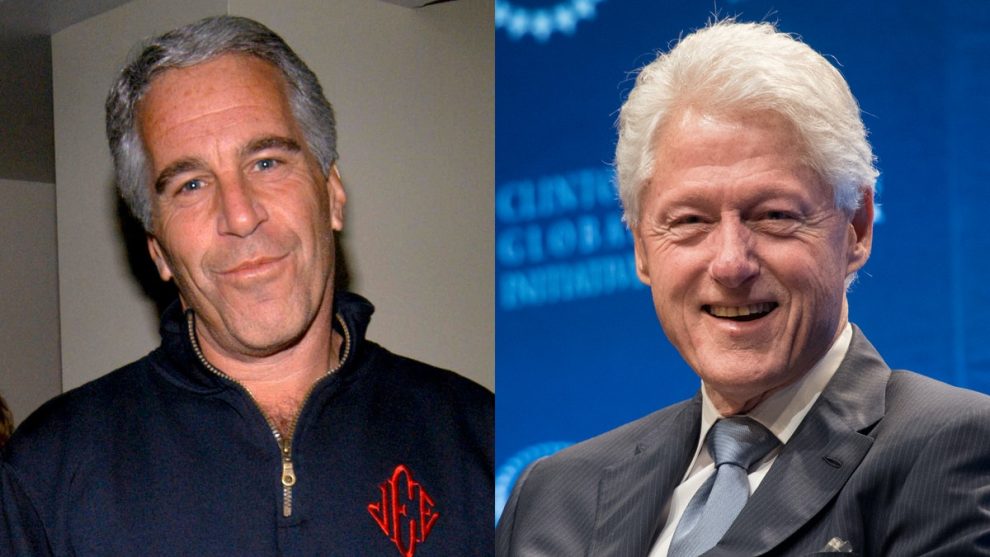 “Additional records exclusively obtained by DailyMail.com now reveal that Epstein was not always alone during his trips to the White House, where he was joined by eight different women between 1993 and 1995,” the Daily Mail reported. “The nature of Epstein’s accompanied visits is not disclosed in the visitor logs, however, they show one of them coincided with a dinner in the Blue Room attended by dozens of well-heeled guests.”

Last year, The Sun published new photographs of Epstein and gal pal Ghislaine Maxwell visiting the Clinton White House during a VIP reception for those who contributed money toward refurbishing the Oval Office.

Epstein and Maxwell “toured Clinton toured Clinton’s residence and the East Room during a reception after Epstein gave £7,280 to the refurbishment of the Oval Office,” The Sun reported. “The White House reception — hosted by both Clinton and wife Hillary — was for people who contributed towards the £290,000 renovation via the White House Historical Association.”

The Sun just released this photo from Jeffrey Epstein’s visit to the White House. pic.twitter.com/DcMkf0nBVF

The Daily Beast reported in 2019 that Epstein and Clinton met on multiple occasions while Clinton was president, including:

* As early as 1993, records show, Epstein donated $10,000 to the White House Historical Association and attended a donors’ reception hosted by Bill and Hillary Clinton. Around the same time, according to a source familiar with the connection, Epstein visited presidential aide Mark Middleton several times at the White House. Two years later, businesswoman Lynn Forester de Rothschild wrote a personal letter to Clinton thanking him for their talk about the financier.

* Clinton also failed to mention the intimate 1995 fundraising dinner at the Palm Beach home of Revlon mogul Ron Perelman, where Clinton hobnobbed with the likes of Epstein, Don Johnson, and Jimmy Buffett. (Nearby, at Epstein’s own Palm Beach mansion, the money man allegedly abused hundreds of underage girls.)

*Jeffrey Epstein’s name shows up again in the Clinton Library archives in a letter dated April 27, 1995, from Lynn Forester to “President William T. Clinton.” Forester—who became Lynn Forester de Rothschild after her marriage in 2000 to Sir Evelyn Robert de Rothschild—served on Clinton’s National Information Infrastructure Advisory Committee and on the president’s Secretary of Energy Advisory Board. She and her husband also spent the first night of their honeymoon in the Lincoln Bedroom by invitation of the Clintons. In the 1995 letter, Forester de Rothschild writes, “Dear Mr. President: It was a pleasure to see you recently at Senator Kennedy’s house. There was too much to discuss and too little time. Using my fifteen seconds of access to discuss Jeffrey Epstein and currency stabilization, I neglected to talk to you about a topic near and dear to my heart. Namely, affirmative action and the future.” She then goes on to note that she’s sending him a memo on the latter subject, which George Stephanopoulos had asked her to write, and signs off, “Sincerely, Lynn Forester.”