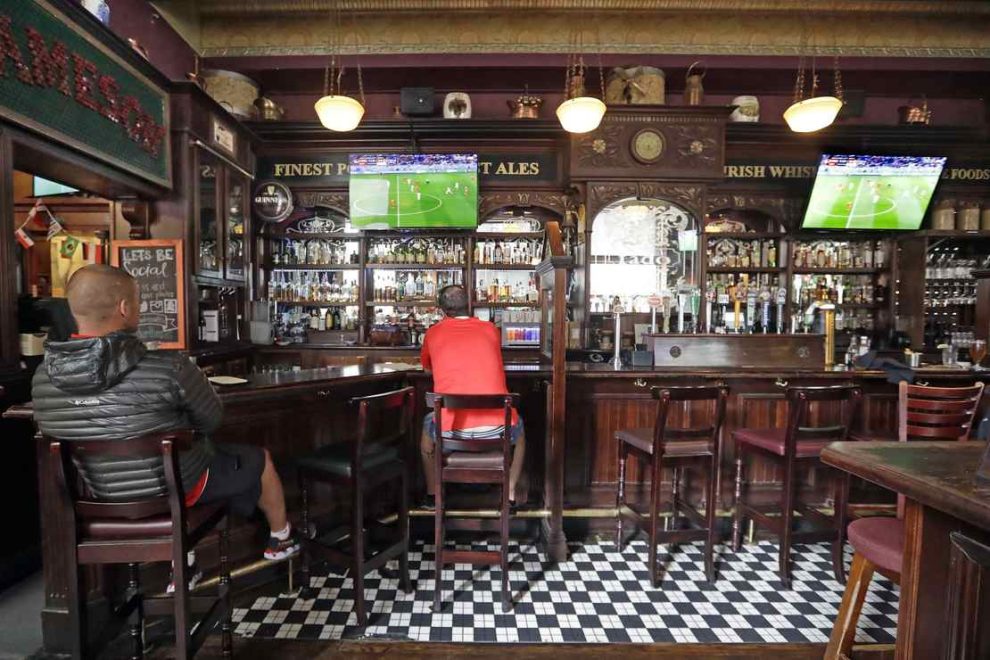 Trust me, I don’t like to be the one to bring you this news. I am a wine enthusiast, and as a former server, I pride myself on knowing my way around a liquor cabinet or bar. And once in a while, I like to unwind with a nice drink. Personally, I enjoy a smoky, peaty, single malt scotch as my beverage of choice. Maybe with a rock or two, or neat. Either way, it can make for a satisfying nightcap.

Of course, everyone has their favorite drink, and if you prefer something else, it is not my place to judge. And this is the 21st Century and no one is permitted to judge anything or anyone. Anyway, if you are stocking up for your Christmas party and are thinking of adding a bottle of J&B Whisky to your holiday offerings, you may want to watch the new commercial from J&B Spain:

Yes, sir, or madam, J&B Whisky is now trans. They probably wanted to add “Taste the Rainbow” to the campaign, but you know, copyright issues and …stuff. As it turns out, the grandpa in the commercial was studying the art of makeup so he could apply it to his trans grandson. Wisdom passing from one generation to another. And a Merry Christmas was had by all. I don’t know about you, but my grandpa taught me to ride a skateboard and liked to watch Hogan’s Heroes on the kitchen TV while drinking a PBR. I take my grandson to the local Highland Games and I bought him his first set of army men and gave him a sword for his birthday. In each instance, I don’t recall a trip to the makeup counter. I think I would have remembered that.

Question 1: What does this commercial have to do with whisky, besides the fact that you may need to drink a glass to watch it?

Question 2: Does everything have to be trans? I guess so. I get it, some people are trans. Most are not, but trans people exist. And if trans people want to enjoy a libation, I’ve got no problem with that. I might suggest something better than J&B. In fact, I would definitely do that, but to each his/her/ze/zim/zoop/zap own, I guess.

But that goes to the heart of the matter. If someone, anyone, does not express full-throated support for the trans movement, including those activities that involve children, then that person is a heartless, cruel, bigoted transphobe who must be excised from society like a boil brought on by an ingrown hetero hair. Banishment from social media, polite society, and possibly one’s own town may be appropriate. Never mind the fact that one may want to live as one wants, and leave others to do the same. One must not only accept the trans doctrine, one must embrace it. To be truly accepted, one must, if possible, become trans. And one must immerse oneself in it every day or be ostracized. By the way, you gents turned ladies? I had a conversation with a woman yesterday who is sick and tired of following you into the women’s room, only to see that you did not bother to put the seat up for the umpteenth time. Pick a side, folx. But that is another column for another time.

It is interesting how angry the woke crowd gets over transition therapy. And I understand their point of view. But if it is wrong to take an LGBTQ person and try to convince them that they must be straight, is it not also wrong to engage in conversion therapy on every front to convince people that they must be trans? Instead of a double scotch, we end up with a double standard. On the rocks.

And before the flaming emails come in, keep one thing in mind, trans and trans-fans: J&B didn’t do this because the company is an ally. J&B did this for the same reason that there is a move on to force whisky to go green. J&B did this for the woke points. J&B did this to sell more booze. You wanted equality? Congratulations, you’ve got it. You’re now an exploitable marketing demographic, just like the rest of us. Turns out, you’re not that special, after all.

Cheers and God bless us, every one.