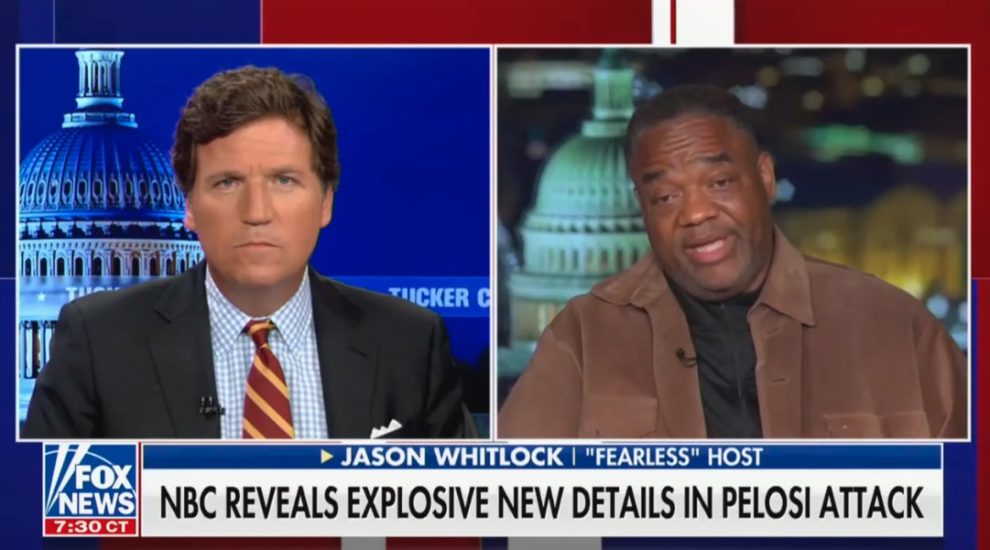 Jason Whitlock empathized with Nancy Pelosi saying Paul Pelosi was playing “hide the hammer” with a Black Lives Matter activist on a Friday night while she was hard at work in Washington DC.

Jason Whitlock: What I have to stand up and defend, I’m outraged for Nancy Pelosi. This woman has taken the hard earned money she’s made from insider trading and invested it on a pair of cans at 82-years-old and comes home to find out her husband’s playing hide the hammer with a Black Lives Matter guy! You talk about disrupting the nuclear family. The black lives matter crew must be ecstatic because this guy’s doing it and so is Paul Pelosi. I’m upset for Nancy on a pair and he’s not interested…

…Are you suggesting that my information that she spent her money on a pair of cans, are you saying that’s bad information? I’ve seen a lot of evidence I’m feel real comfortable. She’s trying to entice her husband but he’s interested in playing hide the hammer on a Friday night with some weirdo!

Twitter
See also  Weingarten: Republicans’ Transgender Rhetoric Is ‘Demonic’
→ What are your thoughts? ←
Scroll down to leave a comment: