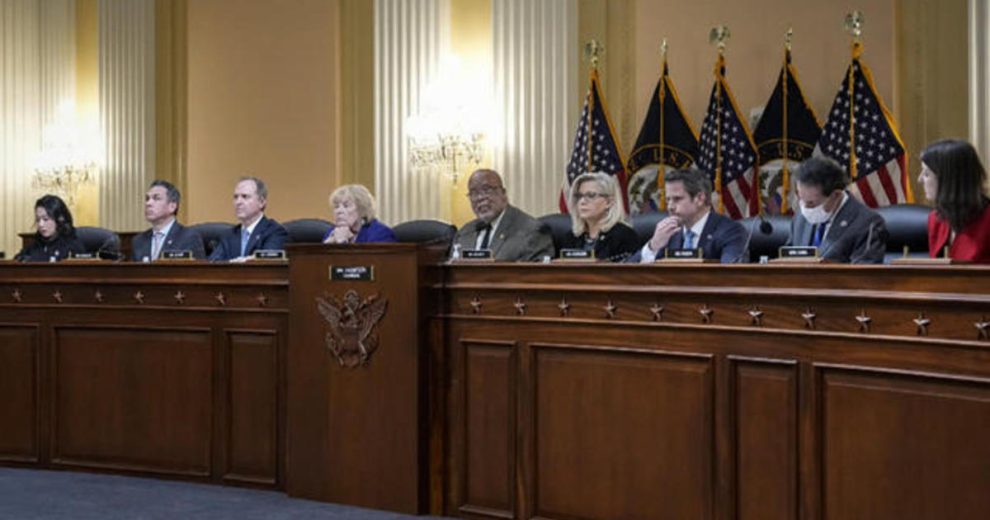 The Democrats’ January 6 Committee will conclude its “investigation” on Monday by asking the Department of Justice (DOJ) to prosecute former President Donald Trump, though the committee lacks constitutional authority to do so.

Congressional committees must be organized for a legislative purpose, not as part of a law enforcement action, which is a function of the executive branch under the separation of power in the Constitution.

Nevertheless, the January 6 Committee — in what is expected to be its final act before a Republican-led House takes over next month — is expected to ask the DOJ to prosecute Trump for what it says are multiple crimes.

Committee member Rep. Adam Schiff (D-CA), who misled the public about evidence of “Russia collusion,” lied to the public about his own role in a “whistleblower” complaint that led to Trump’s first impeachment, made up a phony “transcript” of Trump’s phone call with Ukrainian president Volodymyr Zelensky, and spied on fellow members of Congress during the impeachment investigation, called for three criminal charges against Trump during an appearance Sunday on CNN’s State of the Union.

Those charges are expected to be “insurrection, obstruction of an official proceeding, and conspiracy to defraud the federal government,” though Schiff would not confirm the committee’s plan. The latter charge refers to the Trump campaign’s effort to prepare an alternative slate of electors in case the courts invalidated the Electoral College votes in disputed states.

Schiff also said the committee would consider ethics referrals for members of Congress who defied subpoenas to testify. The committee was entirely composed of members hand-picked by Speaker of the House Nancy Pelosi who, in an unprecedented move, denied the minority party the right to choose its own representation. According to critics, that invalidated the committee’s subpoena power under its enabling resolution. (The DOJ prosecuted two Trump aides for contempt of Congress anyway, despite legal challenges to the subpoenas.)

The committee sought to subpoena Minority Leader Kevin McCarthy (R-CA), and Rep. Jim Jordan (R-OH), one of the members Pelosi blocked, an unprecedented attempt to target the political opposition for doing what several members of the committee itself had done — namely, opposing the certification of the results of an election.

Schiff saw no irony in accusing the former president of trying to overthrow the government when he himself had tried to overturn Trump’s administration through the “Russia collusion” hoax and a failed impeachment.

Neither of the two Republicans chosen by Pelosi for the committee was reelected to Congress; one Democrat retired, and one Democrat, Rep. Elaine Luria (D-VA), was defeated in November by her Republican opponent.

The mainstream media has treated the January 6 Committee hearings as legitimate, despite the fact that they were scripted “show trials” — complete with TelePrompTers — and that they offered no representation to the other side of the argument. Several witnesses 466 that the committee lied about what they had said in closed-door depositions; some witnesses changed their stories to be more amenable to the committee’s agenda.

The committee’s request to the DOJ will come nearly two years after the Senate failed to convict Trump on similar charges, especially after evidence that he told a rally crowd to protest “peacefully and patriotically.”