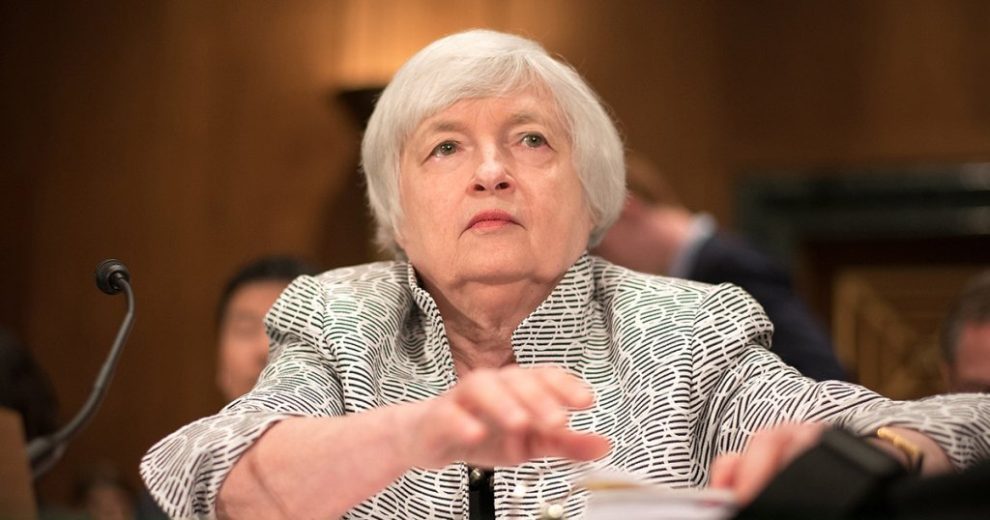 The Consumer Price Index (CPI) rose 9.1% between June 2021 and June 2022, a Wednesday morning report from the U.S. Bureau of Labor Statistics showed. Yellen reacted to the news ahead of a meeting with other finance ministers in Bali, Indonesia, according to CNBC.

“We are taking our own steps which we believe will be supportive in the short term to get inflation down — particularly what we’re doing on energy prices and the Strategic Petroleum Reserve,” Yellen told the press.

Indeed, rising energy costs were responsible for roughly half of consumer inflation last month, during which national average gas prices surged to $5.00 per gallon. Another Bureau of Labor Statistics report released on Thursday showed that the Producer Price Index (PPI) rose 11.3% from June 2021 to June 2022 — a phenomenon driven almost entirely by higher energy costs.

Alongside Yellen, President Joe Biden pointed to the “historic release of oil” from the Strategic Petroleum Reserve in response to the inflation news. Although releasing one million barrels of oil per day was marketed by the White House as an “unprecedented” move to “provide a historic amount of supply” to Americans facing high prices, a report from Reuters recently showed that at least five million barrels of oil were exported to European and Asian nations during the month of June — including to a Chinese firm with links to Hunter Biden.

Yellen also said that she would endorse any actions taken by monetary policymakers at the Federal Reserve — an entity she led from 2014 to 2018 — to quell rising prices. “We’re first and foremost supportive of the Fed’s efforts; what they deem to be necessary to get inflation under control,” she remarked.

The central bank has recently opted to raise interest rates at large increments — most recently, by a 0.75% rate hike that represented the boldest move to combat inflation in nearly three decades — after moving rates to near-zero levels in response to COVID and the lockdown-induced recession. The current target interest rate is now between 1.5% and 1.75%.

In response to the most recent inflation report, many analysts believe that the Fed could hike rates by 1% later in July. The market appeared to price in a 0.93% rate hike by Wednesday afternoon, according to CNBC. Because there is a historical tradeoff between unemployment and inflation, further moves to battle rising prices will likely lead to higher degrees of joblessness.

Yellen recognized that higher interest rates could also impact other nations. “On the one hand, it can strengthen their ability to export which is good for their growth,” she said. “On the other hand, to the extent that countries have dollar-denominated debt, it can make those debt problems — which already are very severe — more difficult.”

Over the past year, the exchange rate between the dollar and the euro has dropped from $1.22 per euro to $1.00 per euro, according to Bloomberg Markets. Higher interest rates cause more demand for a nation’s currency on foreign exchange markets while making other nations’ exports less expensive.