Earlier Tuesday, O’Keefe live-streamed what he identified as CNN’s morning call, as well as the reaction of the participants after he unmuted himself and revealed that he was listening.

As promised, O’Keefe began the first of his releases at 7:00 p.m. Eastern time.

In one recording, CNN staff are apparently heard to agree that they should not provide President Donald Trump with a “platform” to contest the election results, claiming that the 9/11 terror attacks were partly a result of an awkward transition after the 2000 election.

“News organizations have to be very careful & very responsible about not giving @realDonaldTrump too much of a platform on his not conceding…”#CNNTapes pic.twitter.com/LoCqh79pOG

In another recording, Zucker is apparently heard criticizing the president, apparently in October, saying that he is “acting erratically,” and claiming that CNN’s chyrons were “too polite” to him. (One chyron at the time claimed that Trump had been “spooked” by his coronavirus diagnosis.) Zucker is also heard apparently directing staff to target Sen. Lindsey Graham (R-SC), whom he says “really deserves it.”

“If we’ve made any mistake, its been our banners have been too polite…”#CNNTapes pic.twitter.com/zMIRxq9qC6

In another recording, a CNN executive is apparently heard accusing Fox News’s Tucker Carlson of being a racist, calling his program “White Supremacy Hour” and claiming Trump takes racist cues from him. (CNN claimed O’Keefe identified the wrong person.)

“I think it’s unavoidable that you have to talk about the naked racism of Tucker Carlson…Sort of the “White Supremacy Hour” they have on Fox News every night…” #CNNTapes pic.twitter.com/y4MrkAzAb8

Earlier Tuesday, CNN communications tweeted that O’Keefe may have committed a felony. 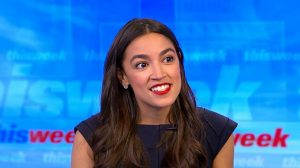 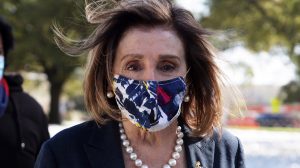