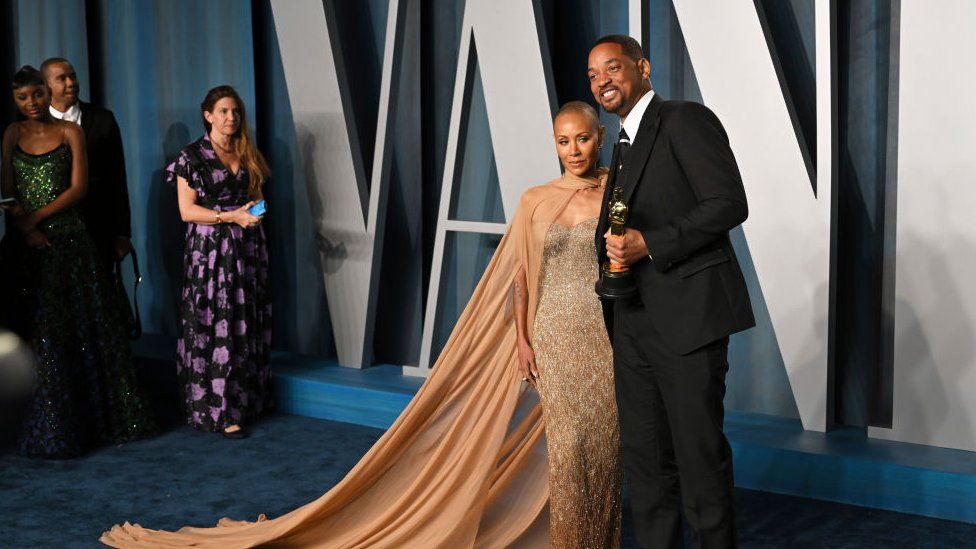 Jada Pinkett Smith, 50, wishes her husband Will Smith, 53, didn’t storm on stage at the Oscars and slap Chris Rock, 57, after he joked about her hair, according to a US Weekly source. In the aftermath of the incident, which happened last week, the couple are said to be in agreement that Will’s response was an “overreaction”, but Jada is understood to not be “angry” with her husband.

The incident in question was instigated when Chris was presenting the award for Best Documentary Feature at the Academy Awards.

In his monologue, the Madagascar actor made a joke regarding Jada’s shaved head, a result of alopecia.

Will initially laughed at the joke, but Jada looked upset and rolled her eyes.

Will then walked onto the stage and slapped Chris before returning to his seat and shouting: “Keep my wife’s name out of your f***ing mouth.”

A source claims that although Jada is not “angry” with Will, she “wishes he didn’t” get physical with Chris.

The source explained that the altercation “was in the heat of the moment” and the couple are thought to be “in agreement that he overreacted”, according to US Weekly.

See also  Public Demands Clinton Be Held Accountable After Courtroom Revelation That She Personally Greenlit the Trump-Russia Hoax
→ What are your thoughts? ←
Scroll down to leave a comment: