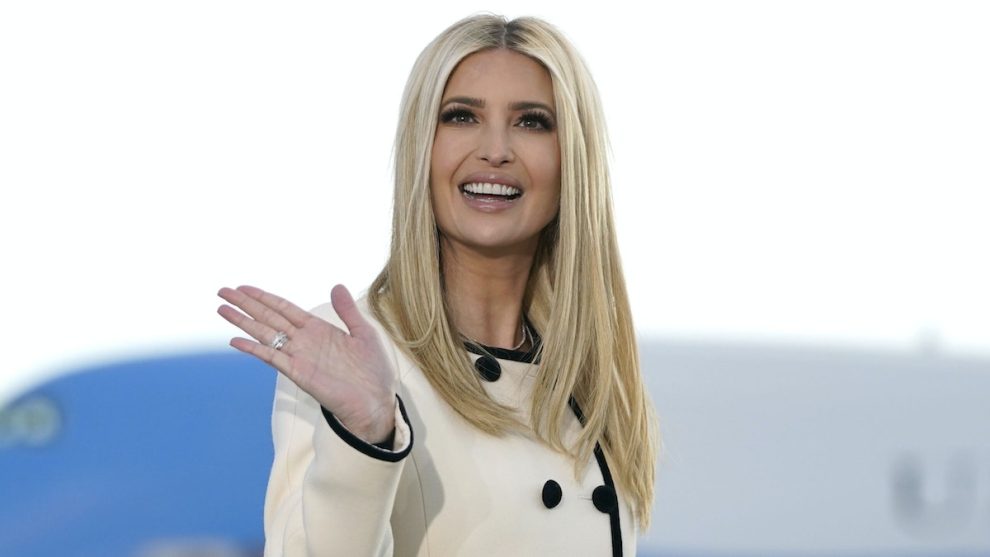 Ivanka Trump, former President Donald Trump’s oldest daughter, said in a statement Tuesday evening that she decided not to attend her father’s presidential announcement at Mar-a-Lago because she does not want to be involved in politics anymore.

The statement from Ivanka comes after the New York Post reported Monday that the president “spent part of daughter Tiffany’s lavish Mar-a-Lago wedding this past weekend trying to convince his much-loved elder daughter, Ivanka, and son-in-law Jared Kushner to be with him on stage” when he announced tonight.

“I love my father very much,” Ivanka said. “This time around, I am choosing to prioritize my young children and the private life we are creating as a family. I do not plan to be involved in politics.”

“While I will always love and support my father, going forward I will do so outside the political arena,” she continued. “I am grateful to have had the honor of serving the American people and I will always be proud of many of our Administration’s accomplishments.”

Ivanka Trump told Fox News that she is close to her father and that “hasn’t changed and will never change.”

“I’ve had many roles over the years but that of daughter is one of the most elemental and consequential,” she said. “I am loving this time with my kids, loving life in Miami and the freedom and privacy with having returned to the private sector. This has been one of the greatest times of my life.”

While talking about her three children — Arabella, 11, Joseph, 9, and Theodore, 6 — she said that they were at “critical ages” and that she wanted to be there to enjoy “these moments with them.”

“We’re happy where we are right now, and we will continue to support my father — as his kids,” Ivanka Trump added.

Donald Trump Jr. was also not in attendance because he was on a hunting trip and could not get a flight back due to bad weather.

Tiffany Trump, the youngest daughter, got married over the weekend and was not in attendance.

Jared Kushner, Ivanka’s husband, was in attendance at Mar-a-Lago for the announcement.