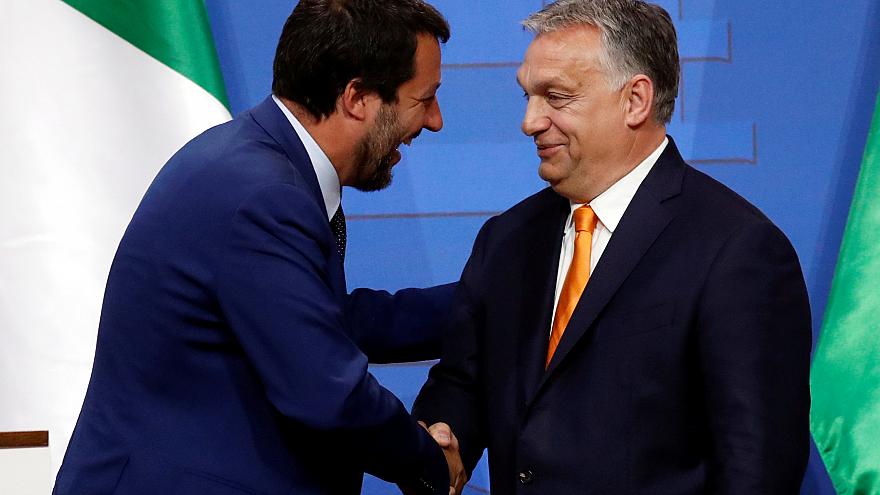 At their talks in Budapest on Thursday, Prime Minister Viktor Orbán and Italy’s Deputy Prime Minister and Minister of the Interior Matteo Salvini agreed on the importance of strong nation states, on the need to give priority in Europe to European culture based on Christian values, and on border defence.

At a joint press conference held with Mr. Salvini – who is also head of the Italian government party Lega – Mr. Orbán said they both believe the following: that there will be no strong Europe without strong and successful nation states; that on the continent priority must be given to European culture based on Christian values; and that “Europe’s borders must be defended against the migrant invasion”.

Speaking about Italy’s response to migration, Viktor Orbán praised Mr. Salvini for “his efforts in achieving on the sea what we have done on land”. He said that the success of these efforts is of crucial importance.

Viktor Orbán described Matteo Salvini’s visit to Budapest as an honour, adding that cooperation between the governments of the two countries has reached its highest point so far. He said that “the citizens of Europe will benefit from listening to Italy and Hungary rather than President Macron.”

Viktor Orbán also outlined the Hungarian proposal for the establishment of a new body comprising the interior ministers of the Schengen Area countries. He stated that powers related to migration should be taken away from the European Commission and delegated to such a body.