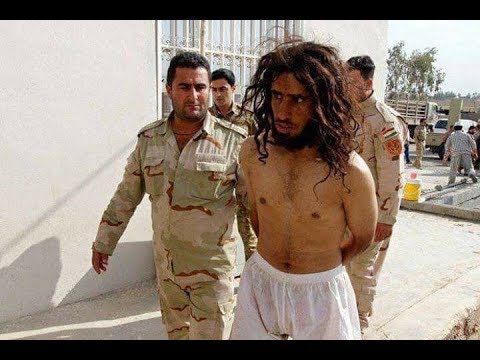 ISIS fighters hunkered down in a riverside camp surrounded by battered vehicles and makeshift tents in eastern Syria today as US-backed forces pushed to expel the militants from the last scrap of their dying ‘caliphate’.

Thousands of men and women have poured out of the pocket of territory in the village of Baghouz near the Iraqi border in recent days, their wounded, and dust-covered children, in tow.

The extremist group created a proto-state across large parts of Syria and Iraq in 2014, ruling millions of people, but has since lost all of it except a tiny patch in Baghouz by the Euphrates River.

The last IS fighters and their families were cornered on Friday among a dense gathering of vehicles and tents on the water’s edge, caught between advancing US-backed forces and Syrian regime fighters across the river.

Men and women draped in black walked between a sea of small pickup trucks and caravans scattered across the uneven riverbank as the fighters were pushed out of their final stronghold, footage obtained by AFP showed.

But General Joseph Votel, head of the US Central Command, warned today that many of those being evacuated from the area are ‘unrepentant, unbroken and radicalised’.

See also  Geico Ordered To Pay $5.2 Million To Woman Who Contracted STD During Sex In Insured Vehicle
→ What are your thoughts? ←
Scroll down to leave a comment: