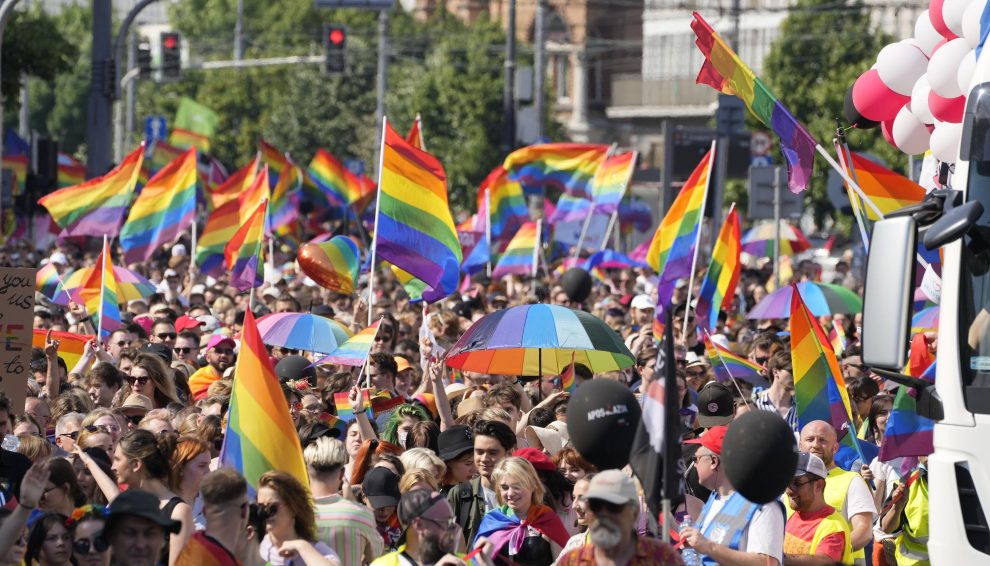 For generations, we’ve seen people worry about some new technology becoming the “mark of the beast” from Revelation, but the truth is that Biblical prophecy is far more inscrutable than these armchair interpreters want to believe. So I suppose this paragraph should serve as a disclaimer: I’m not making any claims based on scripture; instead, I’m making a comparison between this prophecy and what we’re seeing from the left these days.

It’s no secret that, over the past few years, the left has moved from expecting tolerance for every part of the LGBTQ (and sometimes Y) movement to demanding that everyone celebrate it. We’ve come a long way from people having to say, “Yeah, yeah, sure. Gay people can marry and do all the things that straight people can do” to the demand that we all rainbow up during Pride Month and any other time the LGBTQPLUS — now with 20% more plus! — decides it’s time to celebrate.

Witness what happened this week when Philadelphia Flyers defenseman Ivan Provorov refused to participate in a “Pride Night” event where the team warmed up wearing rainbow jerseys and with sticks wrapped in rainbow tape. Provorov conscientiously objected, citing his Russian Orthodox faith, and refused to take part.

The Flyers issued a statement about “inclusivity” and supporting “the LGBTQ+ community,” and Flyers coach John Tortorella went out of his way to state that the teams’ Pride Night was “really a great night” while tepidly standing behind Provorov for staying true to his beliefs.

It reminds me of the episode of Seinfeld where Kramer participates in the charity AIDS Walk but doesn’t want to wear the then-ubiquitous red ribbon (remember those?):

As you can see, Kramer politely refuses at first but has to defend himself with increasing vehemence until a mob beats him up for not “wearing the ribbon.”

The LGBTQ-UGH pride rainbow symbol is the new red ribbon. We see it everywhere we go: at sporting events, flying at U.S. embassies, in the children’s clothing department, and even on Fox News. Every major corporation goes rainbow in June — and, much like “Christmas creep,” “Pride Month” seems to start earlier and earlier every year. My niece once told me that she wished she hadn’t been born in June because gay pride dominates throughout her birth month.

And now we’re seeing an increasing desire to otherize those who won’t comply with the Pride agenda. Much like Kramer’s pushback on the red ribbon, we hear, “Why won’t you wear the rainbow? Don’t you support gay people?” The truth of the matter is that, while most of us conservatives don’t have anything against someone’s choice to be gay, we also don’t want anyone to pressure us to celebrate it.

By the way, the gay pride movement’s co-opting of the rainbow as a symbol flies in the face of God’s promise in the Bible. God gave us the rainbow as a promise that He would never flood the earth as he did in the days of Noah:

I suppose this ties us back to my “mark of the beast” comparison from the beginning of this column. The left may not have the power to control who can buy or sell based on who rocks the symbols of LGBTetc pride, but everyone on the left is exercising judgment based on who does and doesn’t line up behind the movement. It’s time for those of us who aren’t down with all of this craziness to be brave and refuse to comply.