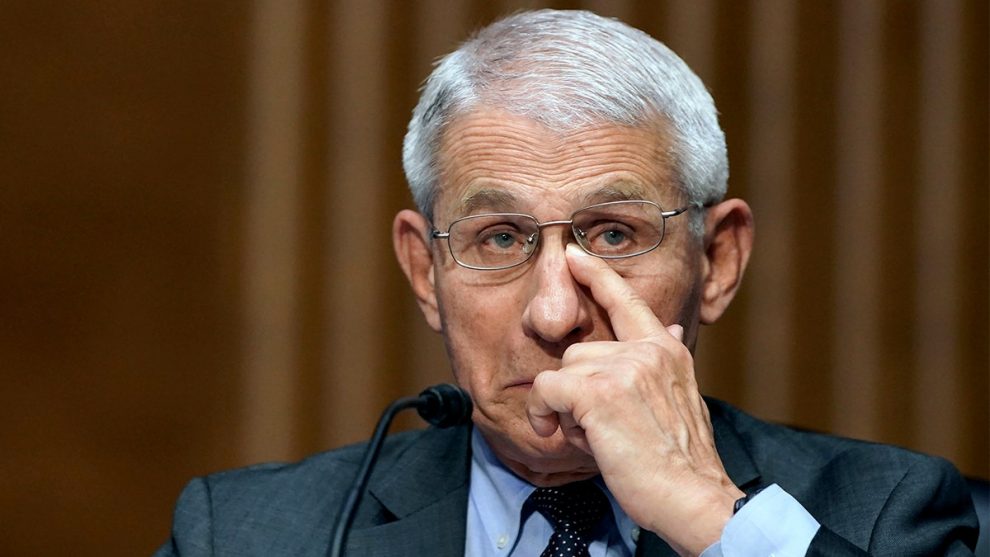 Happy Monday, dear Kruiser Morning Briefing friends. I have no idea what to do with an entire storage unit filled with hummus.

It was another blissful, news-free weekend here in the Kruiser Bunker. OK, I paid attention to the college basketball news, of course, but most avoided the icky stuff.

Upon my return to the news, I was dismayed to see Dr. Anthony Fauci’s name popping up a couple of times. Like most Americans, I’m ready to leave my pandemic fatigue in the rearview mirror and never look back. Fauci’s face is the one that’s been haunting us the past couple of years and, if you’ve been a regular reader of this Briefing for any time, you know that I’ve never been a fan of his.

Matt wrote on Friday that Fauci is hinting that his kajillion years as a bureaucrat may be coming to an end:

Is Dr. Anthony Fauci’s time as the director of the National Institute of Allergy and Infectious Diseases (NIAID) coming to an end soon? In a new interview, the embattled architect of our nation’s response to the COVID pandemic said he’s considering stepping down.

“I certainly am,” Fauci, who has been serving in the same position since 1984, said on ABC News’ Start Here podcast released Friday.

It’s mostly a big tease so far. Fauci is a government hack who doesn’t relinquish power easily. Those of us who haven’t been part of the leftist cult that grew around Fauci feel that he might be a vampire who will be there forever.

He has appeared on ABC, PBS, and CNN in the last few days. It seems he was making the rounds to talk about the BA.2 variant, a more transmissible strain of omicron. It’s not a good sign that the administration sent Fauci as their ambassador to the masses again. He always paints the most discouraging picture of the future and recommends the most severe measures, then the CDC recommendations generally follow his public statements more than scientific data.

Fauci seems to have a ghoulish penchant for keeping the tales of gloom and doom flowing. He can’t let any good news slip out without couching it in something negative:

On PBS, Fauci conceded the country is in a period of declining cases and deaths but cautioned we generally follow the pattern of the U.K. a few weeks later. He predicted the U.S. would see an uptick in “cases” — a meaningless metric for managing public health. When Fauci says “cases” he means positive tests, whether the person is symptomatic or not. This includes compulsory testing of all hospital patients regardless of admission reason.

All the anchors displayed consternation at the coming surge in light of relaxing restrictions for indoor masking. On PBS, Fauci reminded us of the CDC’s call to be ready to “snap back” to indoor masking and other useless mitigation measures if there was a surge in cases.

To the surprise of no one, the mainstream media is still all-in on whatever Fauci wants.

It’s stunning to think that so many people in this country aren’t very interested in letting go of the COVID nightmare. We’re not in the crisis phase that we were two years ago, no matter how much Fauci and the CDC’s thoroughly untrustworthy Rochelle Walensky want us to believe that we are.

In February of last year, I wrote that they would be using the variants for a long time to cling to power. Bureaucratic power-fetishes are nothing if not easy to make predictions about. Thirteen months later they’re still at it.

Sadly, Fauci doesn’t seem to be ready to give up the spotlight just yet.