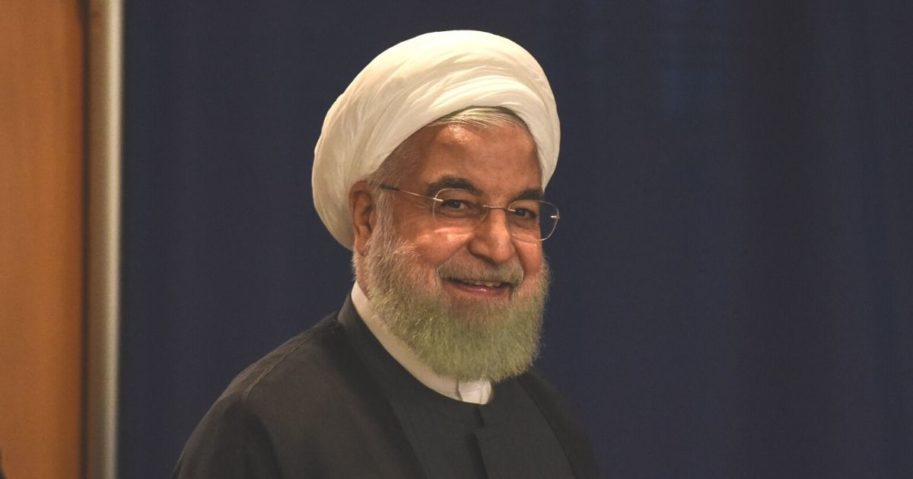 Iranian President Hassan Rouhani is salivating at the prospect of a Joe Biden presidency because he thinks the feckless Democrat would be easier to manipulate than President Donald Trump.

In fact, Rouhani bragged that he has “no doubt” that Biden would rejoin the disastrous Iran nuclear deal forged by his old boss, former President Barack Obama.

President Trump pulled the United States out of the agreement in 2018 and imposed punishing sanctions that crippled Iran economically.

If Biden gets installed in the White House, Rouhani confidently predicted that the U.S. will do Iran’s bidding by rejoining the Iran nuclear deal and removing sanctions.

“I have no doubt that the heroic national resistance of Iran is going to compel the future U.S. government to bow … and the sanctions will be broken,” Rouhani boasted Thursday, as reported by The Washington Post.

Rouhani underscored that his top priority is to force a Biden administration to peel back sanctions and restore Iran financially.

Biden has said that he wants to resume a friendly relationship with the terrorist regime, so Iran’s optimism isn’t unfounded.

“If the sanctions can be lifted in a correct, wise, Iranian-Islamic, and dignified manner, this should be done,” Khamenei said in a televised address. “The lifting of sanctions is in the hands of the enemy, but nullifying them is in our hands.”

“Of course, revenge will be taken on those who ordered the murder and those who carried it out, and this revenge will certainly be taken at the right time,” Khamenei warned.

Biden wants to cozy up to Iran because he thinks appeasement is an effective approach toward terrorists, but Khamenei ratcheted up the anti-American rhetoric by reminding his countrymen that the United States is Iran’s sworn enemy.

“You saw what the U.S. did to you under Trump and what they did under Obama,” he said. “The hostilities are not particular to Trump’s America for this to end when he leaves office. Obama’s America was also malicious to you and the Iranian nation.”

Last month, U.S. Secretary of State Mike Pompeo blasted Biden’s eagerness to placate Iran and reminded him that the sanctions Trump imposed have been “extraordinarily effective” in reducing the geopolitical threat posed by the terrorist regime.

“Sanctions are part of the pressures creating a new Middle East, bringing together countries that suffer the consequences of Iran’s violence and seek a region more peaceful and stable than before,” Pompeo underscored in a statement.

“Reducing that pressure is a dangerous choice, bound to weaken new partnerships for peace in the region and strengthen only the Islamic Republic.”

Pompeo further warned that Iran “is increasing its stockpile of enriched uranium” and that is a direct threat to U.S. national security.

Accordingly, he said the United States must keep up its maximum-pressure campaign to deter Iranian terrorism, and that we should not be fooled by their repeated empty promises to reform.

“The world must never reward nuclear threats with a cash appeasement — and must never fall victim to regime propaganda intended to save it from powerful sanctions,” Pompeo said. “These sanctions are a critical tool of national security to preserve the safety of the region and to protect American lives.”

If Biden gets installed as president, his disastrous foreign policy would be an existential threat to the United States and to all its allies around the world.