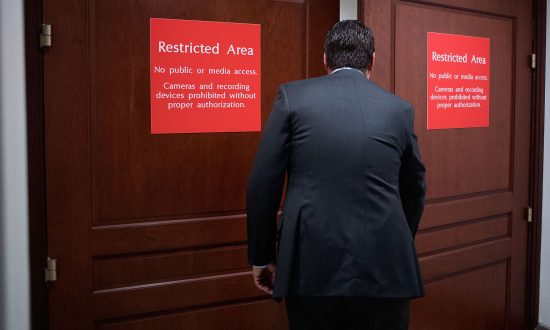 The House Intelligence Committee voted on Sept. 28 to release the transcripts of 53 interviews conducted during the committee’s investigation of Russian interference during the 2016 presidential election.

While the public has heard the story of many of the interviewees before, one of the transcripts may be the most complete account yet from a key figure in what has come to be known as “Russiagate.” Specifically, his role in allowing the now infamous Steele dossier to become the cornerstone in the FBI obtaining a FISA spy warrant on Trump campaign adviser Carter Page, and by extension—under the NSA’s so-called two-hop rule—other members of the Trump campaign. That figure is FBI agent Michael Gaeta.

Gaeta was, and possibly still is, the assistant legal attaché at the United States Embassy in Rome. Until 2014, he headed the FBI Eurasian Organized Crime unit.

See also  California Sheriff 'Infuriated' After Suspects His Department Arrested with 150,000 Fentanyl Pills Are Promptly Released
→ What are your thoughts? ←
Scroll down to leave a comment: