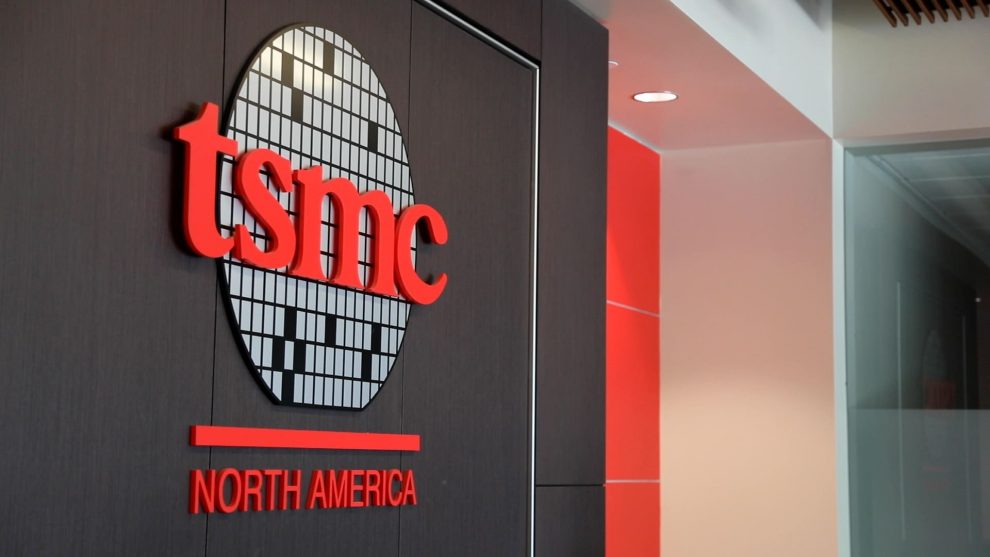 As the world grapples with an ongoing chip shortage, a quiet giant among chipmakers has committed to investing $100 billion over three years to ramp up production.

Taiwan Semiconductor Manufacturing Company may not be a household name, but with a market value of over $550 billion, it’s one of the world’s 10 most valuable companies. Now, it’s leveraging its considerable resources to bring the world’s most advanced chip manufacturing back to U.S. soil.

CNBC got an exclusive tour of the $12 billion fabrication plant, or fab, outside Phoenix, Arizona, where TSMC will start making 5-nanometer chips in 2024. The company says it will produce 20,000 wafers each month.

“These are parts that are going to be used in lots of different places: CPUs, GPUs, IPUs, etc. They’ll be used in smartphones,” Rick Cassidy told CNBC. Cassidy is TSMC’s chief strategy officer and the president and CEO of TSMC’s project in Arizona.

TSMC makes key components for everything from cellphones to F-35 fighter jets to NASA’s Perseverance Rover mission to Mars. Earlier this month, it announced plans for a new factory in Japan, where it will produce chips with older technologies, for things like household devices and certain car components. TSMC is also Apple’s exclusive provider of the most advanced chips inside every iPhone currently on the market and most Mac computers.

“But they remain sort of in the background, in terms of end markets. So Apple gets all the accolades when a new phone comes out,” said Joanne Itow, managing director of manufacturing at Semico Research.

“We’re low-key. We let our products speak for themselves. Their success brings all the business that we could ever hope for,” Cassidy said.

The U.S. was the birthplace of advanced silicon, but for decades now, it’s been losing market share to Asia, where 79% of the world’s chip production happened in 2020, according to industry association SEMI. It calculated the U.S. was responsible for 12% of worldwide chip manufacturing last year, down from 37% in 1990.

“It’s become almost a monopoly at the leading edge, and all of those manufacturing operations, for the most part, are out of Taiwan, Hsinchu. That becomes a matter of national importance for the United States, but not only the United States, but the Western world,” said Christopher Rolland, Susquehanna’s senior semiconductor analyst.

Along with cutting edge 3- and 5-nanometer chips, TSMC also makes larger chips for products such as electric toothbrushes and coffeemakers. Cars often use less-advanced 28- to 40-nanometer chips. All types of chips have been impacted by the shortage. Carmakers including GM and Toyota have paused production at some plants. And Apple is likely to slash its 2021 production targets for the iPhone 13, with orders for some models delayed by more than a month.

World’s first pure-play foundry
When Morris Chang first proposed the idea for TSMC in the 1980s, investors were skeptical. Born in China and educated at Harvard, MIT and Stanford, Chang moved to Taiwan after 25 years at Texas Instruments. There, the government asked him to create a Taiwanese semiconductor company that would become a world leader. His idea: Focus only on manufacturing — what’s now known as a pure-play foundry.

“When you’re just focused on one thing, you do one thing really well,” said Cassidy, who joined TSMC 23 years ago after what he describes as a fascinating hourslong meeting with Chang.

Chang bet big on a need that didn’t exist yet. When he founded TSMC in 1987, giants such as Intel and Texas Instruments took pride in designing and making their own chips. A legendary saying in the industry back then was “Real men have fabs.”

“When Morris went out to get funding, he went to many named companies that you know, and they told them, ‘Morris, your idea won’t get off the ground. If you get it off the ground, it can’t scale.’”

But as chips got more complex, manufacturing them became an enormous undertaking. Analysts say building a fab today takes at least two years and $10 billion. It’s become nearly impossible for even the biggest chip companies — Intel, Nvidia, Broadcom, Qualcomm, AMD — to do it all and keep up with the most advanced tech. Intel, for example, still designs and makes its own chips, but it’s fallen behind Samsung and TSMC in recent years and now relies on TSMC to make some of its chips.

“If you were a smart designer, you didn’t have to have billions of dollars and a fab behind you for the first time with the emergence of TSM,” Rolland said.

Now, each major step of chipmaking is often handled by a separate company. Some, such as Arm and MIPS, focus on IP and architecture, providing the core building blocks to design chips. Then there’s electronic design automation companies such as Cadence and Synopsys that write the software used to design chips. Only one company, ASML, makes the $180 million extreme ultraviolet light machines required to etch designs into the most advanced chips. Then there are the wildly successful fabless companies designing the chips, such as Apple, Qualcomm, Nvidia and many more.

As these fabless companies took off, TSMC found itself on a flywheel making more and more of the world’s chips.

“This has allowed [TSMC] to not only catch up, but in my opinion, surpass Intel, to become the world’s greatest manufacturing technology on the planet,” Rolland said, “one of the top 10 most valuable companies in terms of market cap in the globe.”

TSMC was first listed on the Taiwan Stock Exchange in 1994, and in 1997 it became the first Taiwan-based company listed on the New York Stock Exchange. By the 2000s, it had caught up with the 20 or so other companies making the most advanced chips at the time. As the tech kept advancing, more and more companies fell behind. Today, only two manufacturers remain that can make the most advanced, 5-nanometer chips: TSMC and Samsung.

In 2018, at age 86, Chang retired as chairman of TSMC. His radical pure-play foundry idea continues to pay off. With the opening of a new fab in Taiwan next year, TSMC is in a race with Samsung to make the world’s first 3-nanometer chips — with Intel planning to get there by 2025.

Bringing 5-nanometer to the U.S.
Right now, no fab in the U.S. can make 5-nanometer chips. But TSMC is changing that.

“If you want more capacity, you have to build more fabs. And that’s one of the reasons that we’re moving to the U.S.,” Cassidy said. “Our customers want us in the U.S. The U.S. government wants us here.”

TSMC Technical Director Tony Chen took CNBC on a tour of the site where a four-story 2.3-million-square-foot fab is being erected. Chen has led 17 other fab construction projects in his 23 years with TSMC.

“This project is designed as a 5-nanometer fab. Actually, it’s a copy from the fab we have in Taiwan,” Chen said.

Nearby, one of the world’s largest cranes was being lifted to its full height of 200 feet. The 2,300-ton crane was brought to the site on 153 semitrucks. Site supervisor Jim White said contractors have moved nearly 4 million cubic yards of dirt and have used more than 260 million gallons of water since construction began in April.

Building a fab and making chips takes an incredible amount of water, not an abundant resource in the middle of the desert. Arizona’s biggest water source is groundwater, but deep wells at big farms are using water up faster than it’s naturally replenished. Chen said TSMC needs around 4.7 million gallons of water each day to support production.

TSMC is no stranger to water shortages. Taiwan is facing its worst drought in 56 years, something that TSMC said has not impacted production. In Arizona, TSMC said, an on-site water treatment center will recycle up to 90% of water used at the fab.

“And then ultimately, that water will be reinjected into the aquifer in partnership with the city of Phoenix after reverse osmosis and other technology solutions are provided,” said Chris Camacho, president and CEO of the Greater Phoenix Economic Council. He helped negotiate the deal that brought the project to Arizona.

Another challenge is that most 5-nanometer specialists are based in Asia. To solve this, TSMC’s academic relations manager, Roxanna Vega, said the company is bringing over some of its top experts from Taiwan.

“They’re seen as subject matter experts on what they do in our fabs over there,” Vega said. “It’ll be a temporary assignment … two, maybe three years.”

“The opportunity to train in our 5-nanometer gigafab in Taiwan is to kind of give them that insight of how immense and how state of the art the tools, machinery and everything is going to be here in Arizona,” Vega said.

Diversification is a key reason for TSMC to bring advanced manufacturing to the U.S.

“Taiwan is not very good when it comes to analog semiconductor design, and by moving to the United States you’d be able to tap into a much larger number of analog designers,” Rolland said.

Most of TSMC’s 12 fabs are in Taiwan and China, leaving the world vulnerable to potential slowdowns from natural disasters, including the current drought there, or the geopolitical tensions of the region. Some experts, however, refer to TSMC as Taiwan’s “silicon shield” in its fraught relationship with China.

“The media paints a very bleak picture of this situation,” Rolland said, “but I’m actually much more optimistic — in part because of this idea [of] the semiconductor shield, because of this mutually beneficial relationship between the mainland and Taiwan itself. China as of right now needs them for their leading-edge manufacturing.”

The U.S. also depends heavily on the chips coming out of Taiwan — a key reason the government worked hard to convince TSMC to bring its tech here.

“Arizona has a number of programs, including the Qualified Facility tax credit and the Quality Jobs tax credit, that’s really an incentive to help lower the cost of operations,” Camacho said. “In addition to that, the city of Phoenix put together a $200 million infrastructure package that helps TSMC access water and additional infrastructure needed.”

The Biden administration has proposed $52 billion in subsidies for chip companies such as TSMC to manufacture on U.S. soil.

Industry reports estimate a $50 billion investment from the U.S. government would enable the construction of 19 fabs in the U.S. over the next 10 years, effectively doubling domestic chip manufacturing capability.

As the shortage continues, similar investments are happening around the world. Industry association SEMI projects 72 new fabs or major expansions will come online by 2024 — 10 of them located in North and South America.

“I heard more announcements of investments in the last two, three years than in my entire life,” said SEMI President and CEO Ajit Manocha. “And based on that we feel that by end of next year, we should start seeing some relief on the chip shortage.”

Until then, as demand continues to soar, TSMC is raising chip prices as much as 20%, according to a report by The Wall Street Journal. The cost could trickle down to consumers in the price of electronics. TSMC is also continuing to ramp up production capacity, including in the U.S., where the 1,100-acre Arizona site certainly has room for a second phase. 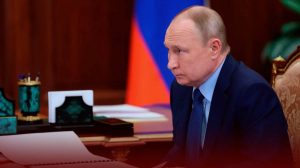 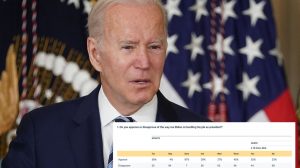 Fauci: People Who Have Conspiracy Theories, Deny Reality ‘Don’t Particularly Care for Me’
Expert Who Pioneered FBI Behavioral Science Unit Points to Key Moment in Laundrie-Petito Timeline That Most Missed