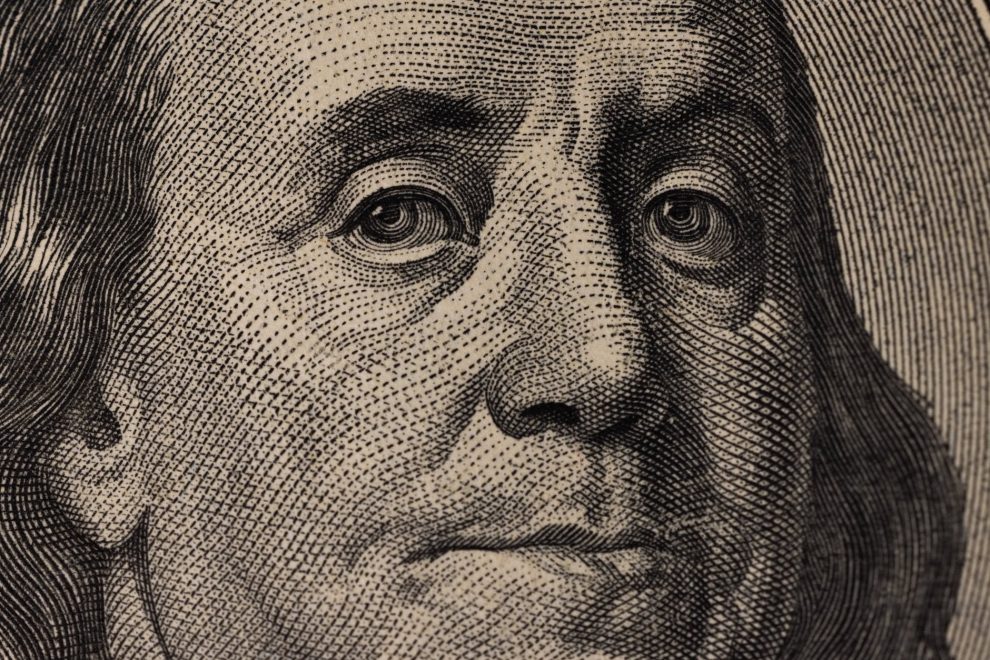 Inflation climbed to another four-decade high in February with prices expected to push even higher on the back of soaring energy prices following the Russian invasion of Ukraine.

The Department of Labor said that the consumer price index rose 7.9 percent compared with a year ago. Prices were up 0.8 compared with the prior month.

This is the ninth straight month of inflation above 5 percent. Prices rose at an annual rate of 7.5 percent in January, jumping 0.6 percent from December.

Economists had forecast CPI to rise by 0.7 percent for the month and 7.8 percent compared with a year ago. 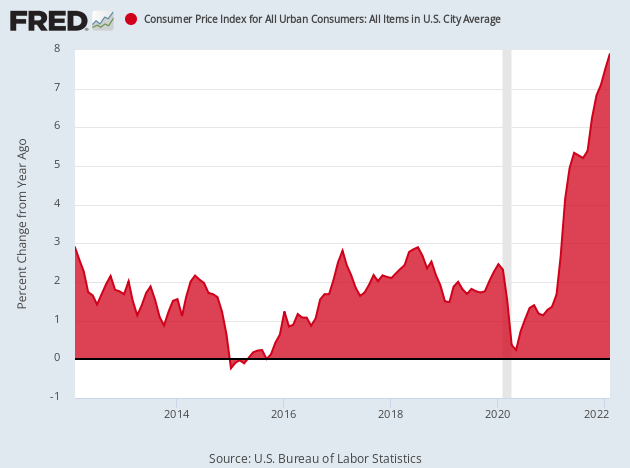 The index for all items less food and energy, often called core CPI, rose 0.5 percent in February. Compared with a year ago, core prices were up 6.4 percent, the fastest pace for this measure since August 1982.

These figures do not take into account the recent surge in oil and gasoline prices. Those are likely to push inflation even higher in March. 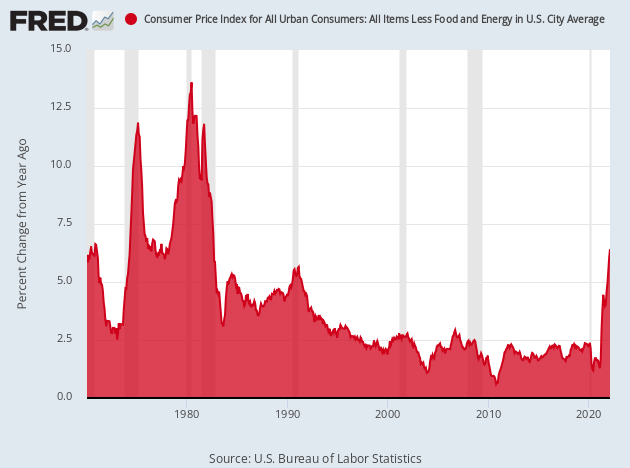 Although many economists and anti-Trump journalists claimed President Donald Trump’s tariffs would raise prices, consumer prices remained low throughout his administration. Trump’s tariffs turned out not to be taxes on consumers. Instead, they were absorbed by Chinese producers and exporters and the profit margins of most large U.S. companies.

Inflation only began to accelerate last March after years of coming in below the Fed’s two percent target. The Fed had decided to keep interest rates low although the economy was recovering at a faster than expected rate. What’s more, the Biden administration pushed through billions of dollars of deficit spending in the American Rescue Plan. These combined to fuel demand for goods and services faster than supplies could expand, pushing up prices.

Federal Reserve chief Jerome Powell, following the advice of many of the economists on the central bank’s staff, initially claimed that inflation was due to transitory factors. Fed officials forecast that inflation would fall in the latter half of 2021, predicting that supply chains would swiftly unsnarl and a rebalancing of consumer demand from goods to services would relieve pricing pressure. The Biden administration, under the tutelage of former Fed chair and now Treasury Secretary Janet Yellen, largely followed suit and continued to press for even more spending.

Establishment media largely parrotted these views, portraying the surge in inflation as a temporary shift higher due to the reopening of the economy. Many establishment outlets described fears of longer-lasting inflation as the product of partisan fear-monger and claimed they had no rational basis. Some of the same outlets that had claimed, without evidence, that Trump’s tariffs were raising prices now insisted price increases under Biden were no big deal. Some said that a silver lining of inflation would be higher wages. In fact, prices have been rising faster than wages, lowering the standard of living for many American families, and the hardest hit have been lower-income Americans.

That unanimity in government and establishment media proved calamitous. Inflation continued to soar, sapping the credibility of the Biden administration and the central bank when it came to inflation. Late last year, Fed officials dropped the word “transitory” from their vocabulary and began signaling that they would raise interest rates this year. Resistance from centrist Democrat Joe Manchin (D-WV) to spending more while the economy was suffering from decades-high inflation killed the Biden administration’s push for a so-called “human infrastructure” spending bill that its advocates had touted as the signature legislation of President Joe Biden and the greatest expansion of government since FDR’s New Deal and LBJ’s Great Society.

The public’s perception of President Biden’s competence has collapsed. Many Americans interpreted the administration’s confidence that inflation would pass to be a sign that it did not care about the hardships inflicted upon families paying more for gasoline, groceries, and Christmas gifts. Attempts by the administration to blame corporate greed for high prices fell flat. Although the Biden administration announced the biggest ever release of oil from the government’s emergency reserve–a norm-defying dip into an asset normally held tightly and used only for events like natural disasters or wars–oil and gasoline prices have continued to rise to the highest level in years.

Polls show the public’s rating of Biden’s handling of the economy is at a record low. Biden’s overall approval rating has plummeted. Forty-five percent of Americans say inflation has put a strain on household finances.

The Federal Reserve is expected to raise its target interest rate at its March meeting next week, months earlier than market watchers thought last year. Analysts now expect the Fed will hike rates at each of its seven remaining meetings this year, up from expectations of just three or four hikes.