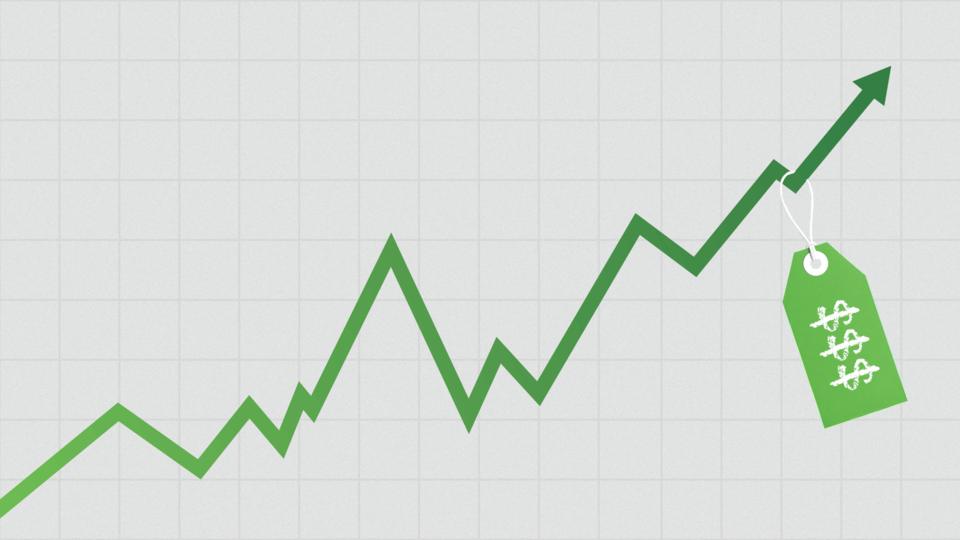 Consumer prices jumped higher than expected in April, data from the Department of Labor showed Wednesday.

The annual inflation figure is the largest increase since 2008. Economists had forecast a year-over-year gain of 3.6 percent and 0.2 percent for the month.

Excluding food and energy, categories that can be volatile month-to-month, “core” CPI rose 0.9 percent compared with a month ago, three times faster than the estimate. On an annual basis, core prices are up 3.0 percent, above the 2.3 percent estimated.

The inflation numbers came in so hot for April that they exceeded the top of the range of estimates of analysts surveyed by Econoday.

The annual numbers may somewhat exaggerate inflationary pressures because of extremely weak numbers a year ago when the U.S. economy locked down in an attempt to contain the spread of covid. Officials at the Fed believe that this so-called “base effect” will last only a few months and that inflation will be transitory.

Not all economists agree. The economy is recovering more quickly than anticipated and much of the spending from the $1.9 trillion stimulus bill passed in March has yet to hit the economy. Pent-up consumer demand, bolstered by excess savings and direct stimulus payments, could push prices up higher than Fed officials anticipate, some analysts have warned.

The higher than expected CPI reading is resurrecting fears of an economic threat that has all but disappeared over the past generation: Runaway inflation. It occurs when prices for most goods and services not only rise but accelerate, making the cost of living steadily more expensive and shrinking the purchasing power of Americans’ earnings and savings.

Growing jitters about inflation have contributed to a sharp sell-off in stock prices this week. Any significant acceleration of inflation would exert a drag on the market and potentially imperil the economic recovery.

In the past, rising inflation has usually led to higher pay as workers have demanded and received raises to keep pace. In fact, inflation can’t really accelerate for long without sizable wage gains. Yet pay raises — if they do occur — typically lag behind price increases, thereby squeezing consumers at least temporarily. And eventually, pay gains themselves will fuel further inflation: Companies raise prices further to offset higher wages for their employees.

Some companies, including Amazon, have recently raised or said they plan to raise wages.

Not since the late 1960s and early ’70s has the United States endured chronic high inflation, with consumer prices rising at or near double-digit percentages from one year to the next. In fact, the reverse has been true for about a decade: Inflation has remained persistently below the 2 percent annual target set by the Federal Reserve. Under Chair Jerome Powell, the Fed is betting that it can keep rates ultra-low even as the economic recovery kicks into high gear — and that it won’t have to quickly raise rates to stop runaway inflation.