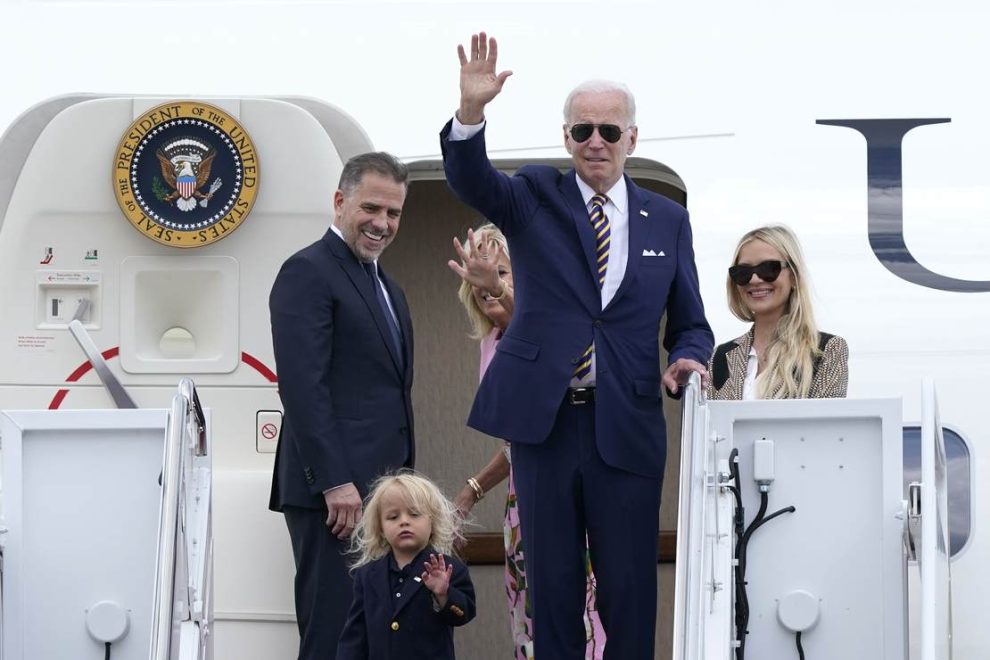 Before we begin, lemme drop a caveat on what you’re about to read: The Republican Party, when in control of one chamber of Congress or both, has long been “all hat and no cattle,” reminding us regularly that words are cheap; actions matter. That said, it’s time to get after Joe Biden and the Democrats for real.

If visions of former House Speakers John Boehner and Paul Ryan, newly sworn-in Speaker Kevin McCarthy, and Senate Minority Leader Mitch McConnell are dancing around in your head as you read these words, you’re far from the Lone Ranger.

Anyway, after four days and 15 ballots finally gave the gavel to McCarthy in the wee hours of Saturday morning — all but neutering his power as Speaker — it’s time for the circular firing squad to end and for the promised work to be done. Do I have my doubts? Of course, don’t you?

With the above realization surely in mind, Kentucky Rep. James Comer, the incoming House Oversight Committee chair, appeared on NBC’s “Meet the Press” on Sunday to discuss the priorities of his committee. The bottom line: “We’re not investigating Hunter Biden; we’re investigating Joe Biden.” I like it — on paper, anyway.

Although, if Comer’s committee is to effectively investigate The Big Guy and his involvement in The Biden Family Business, of course it will also have to investigate Biden’s crackhead son Hunter, and the multiplicity of damning allegations against him.

First up, pretend journalist Chuck Todd attempted to frame any and all investigations into Biden as “partisan”:

Let me ask you this: You’re going to do a lot of oversight — you’re going to have a lot of subpoenas. Many people look at what you’re doing [and] they say it looks more partisan than professional. Tell me how you’re going to try to ‘de-partisanize’ an investigation, or do you expect it to be partisan?

Remember when Todd asked Mississippi Democrat Rep. Bennie Thompson, chair of the now-defunct Jan. 6 Committee how he was going to “de-partisanize” the hyper-partisan Democrat witch hunt against Donald Trump, and Trump loyalists who breached the U.S. Capitol? Me, neither — it didn’t happen. And I mean zero times by the so-called “mainstream” media.

Well, will all due respect, Chuck, I disagree with that. I think the only people that see this as a partisan investigation are the media and the hardcore Democrats. Look, at the same moment that the Democrats on the Ways and Means Committee released Donald Trump’s taxes they then, moments later, turned around and said that Comer’s investigation of the Biden family influence peddling is a revenger. I mean, are you kidding me?

Comer backed up his assertions by referencing a Harvard poll that found 65 percent of Americans believe the contents of Hunter Biden’s laptop should be investigated, before dropping the hammer:

But let me be clear: We’re not investigating Hunter Biden, we’re investigating Joe Biden. And I think any American who’s kept up with the political process over the last two administrations would agree: we need to know what is allowable and what isn’t allowable with respect to foreign adversarial intervention among family members of presidents of the United States. That’s something that the Democrats complained about with Kushner, and certainly Republicans — including myself — complain about Biden, his son, and brother. We’ve got to do something about it.

How’d that taste, Chuck? Apparently, not so good, as Todd nearly threw a snit-fit:

Apparently, you didn’t like it when the Democrats did it, but it sounds like you’re going to do it in the same way that they did it. How is it any better?

Weak response, Chuck. You ignored the facts laid out by Comer and went straight to knee-jerk whataboutism.

Comer wasn’t having any of it:

No. I totally disagree with that. Adam Schiff always overpromised and underdelivered. He said just last week that releasing Trump’s tax returns was going to be a bombshell. There’s no bombshell, there! There’s nothing there! I served on a bank board for over a decade. There’s never been a developer that paid a lot of federal income tax, because of depreciation and tax credits and things like that.

Comer even offered Todd a suggestion on how the Democrats could force Trump to pay more taxes: “If the Democrats want to make people like Donald Trump pay taxes, they need to change the tax code — not the tax rates, the tax code.” He then dropped the hammer on Todd a second time.

But with respect to what we’re doing, everything that we have requested we have evidence to back up. There are emails and text messages that show Hunter Biden complaining about having to spend so much money keeping his dad up. I mean, that’s a concern because Hunter Biden’s only source of income was from our adversaries in China and Russia for influence peddling. This is something that we should look into. This isn’t political. We want to know if the president was truthful when he said he didn’t have any knowledge of his family’s shady business dealings. Once we determine that, we’ll move on.

While Chuck Todd and the rest of the liberal media sock puppets desperately continue to try to separate Joe Biden from Hunter’s nefarious business dealings, make no mistake: The White House and the Democrat Party are beyond concerned with how this thing’s going to play out. As Todd’s own network, NBC News reported in late November, there’s a growing shadow campaign underway to defend Biden from House Republicans and James Comer’s Oversight Committee.

Three new “war rooms” have sprung up in the past two weeks to combat the House Republicans’ investigations, each backed by multimillion-dollar dark money budgets and some of the best-known operatives in the Democratic Party. Meanwhile, the Democratic National Committee and major outside groups are already retooling to shift from 2022 to 2024.

“It’s clear the White House has been preparing for the anticipated barrage of meritless investigations from House Republicans, and outside groups are an essential component,” said Adrienne Elrod, who helped run Correct the Record, which defended Hillary Clinton from congressional probes before her 2016 presidential campaign was up and running.

Elrod further said “It’s important that the opposition not get the upper hand in defining a false narrative, and outside groups can help mitigate that from happening,” which begs the question: How does Adrienne Elrod or any other operative working in the above “war rooms” know about such “false narratives” before Comer’s Oversight Committee is even seated?

The question is rhetorical, of course, and not dissimilar to this one: How can Joe Biden insist he knows zero about Hunter’s shady business dealings while at the same time declaring that his wayward son has done nothing wrong?

This stuff is just too easy, gang. Meanwhile, how rewarding is it that reality is setting in on the Democrat Party that there’s a new posse in the House and that the tables are about to be turned?

But as I said at the top, it’s time past time for the Republicans to step up and realize that words are cheap and actions matter.