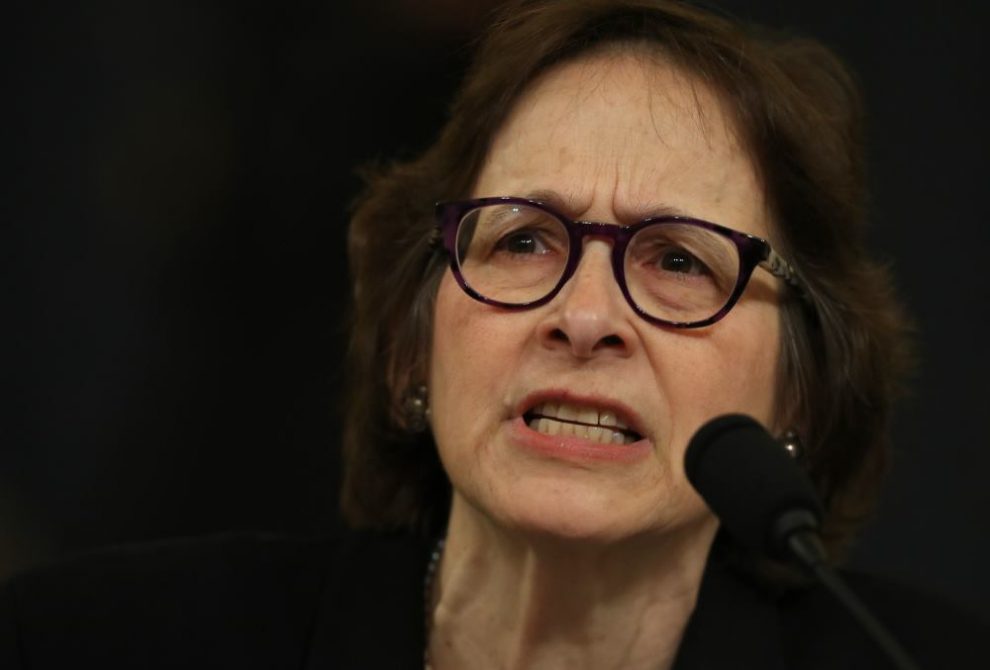 Stanford Law School professor Pamela Karlan said she “apologized” Wednesday evening for invoking President Donald Trump’s 13-year-old son, Barron Trump, to criticize the president during the House Judiciary Committee’s hearing on impeachment — adding that she hopes the president apologizes for his past actions.

Pamela Karlan: "I want to apologize for what I said earlier about the president's son. It was wrong of me to do that. I wish the president would apologize, obviously, for the things that he's done that's wrong, but I do regret having said that." pic.twitter.com/7lYiRWCKjw

Karlan quickly changed topics during questioning from Rep. Greg Stanton (D-AZ) to walk back an out-of-nowhere jab at the president’s son earlier in the hearing. “While the president can name his son Barron, he can’t make him a baron,” she had quipped to Rep. Sheila Jackson Lee (D-TX). After being called out for the play on words, she took on a more conciliatory tone — while maintaining that the president remains in the wrong for unrelated actions.

“I want to apologize for what I said earlier about the president’s son,” she said. “It was wrong of me to do that. I wish the president would apologize, obviously, for the things that he’s done that’s wrong, but I do regret having said that.”

The play on words drew swift backlash from the White House and Republican lawmakers. Less than an hour before she revisited her statement, Rep. Mike Johnson (R-LA) entered into the record a social media post from Barron’s mother, First Lady Melania Trump, saying Karlan “should be ashamed” of the stunt.

I just obtained unanimous consent to enter this into the record. #shameful #ImpeachmentHearing pic.twitter.com/1MfXE7cIMG

Karlan stood out from even her fellow Democrat-called witnesses with fiery, combative testimony from the start of the hearing — ostensibly a session to discuss legal theories on the constitutional grounds for impeaching a U.S. president. She scolded House Judiciary Committee Ranking Member Doug Collins (R-GA) in her opening statement, answering a perceived slight that ultimately was not accurate.

The professor has previewed the unhinged style of her congressional testimony in past discussions of the president. During a panel discussion in 2017, Karlan delivered a series of monologues reviling Trump’s “outrageous” behavior both before and after he was elected, repeatedly saying that he “worries” her, questioning whether he is able to tell the difference between truth and falsehood, and admitting she could not bring herself to walk past the Trump International Hotel in Washington, DC — instead choosing to change course and cross the street.

Over 100 Police Agencies Pull Out Of Agreements To Guard DNC Convention Trump Aims To Bar Undocumented Immigrants From Counting Toward House Representation Ohio Man Arrested, Accused of Kneeling on Child’s Neck in Photo

after a tense exchange with matt gaetz about her donations to democrats, karlan responds, " i have a constitutional right under the 1st amendment to give money to candidates. at the same time, we have a constitutional duty to keep foreigners from spending money in our elections" pic.twitter.com/nRLkXM7gdN 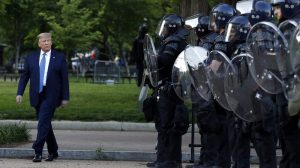 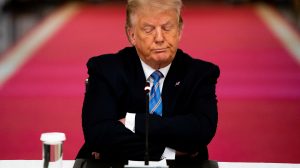 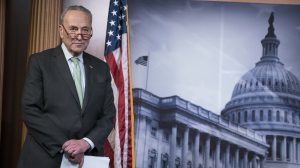 GOP Hunts For ‘Plan B’ As Coronavirus Talks Hit Wall