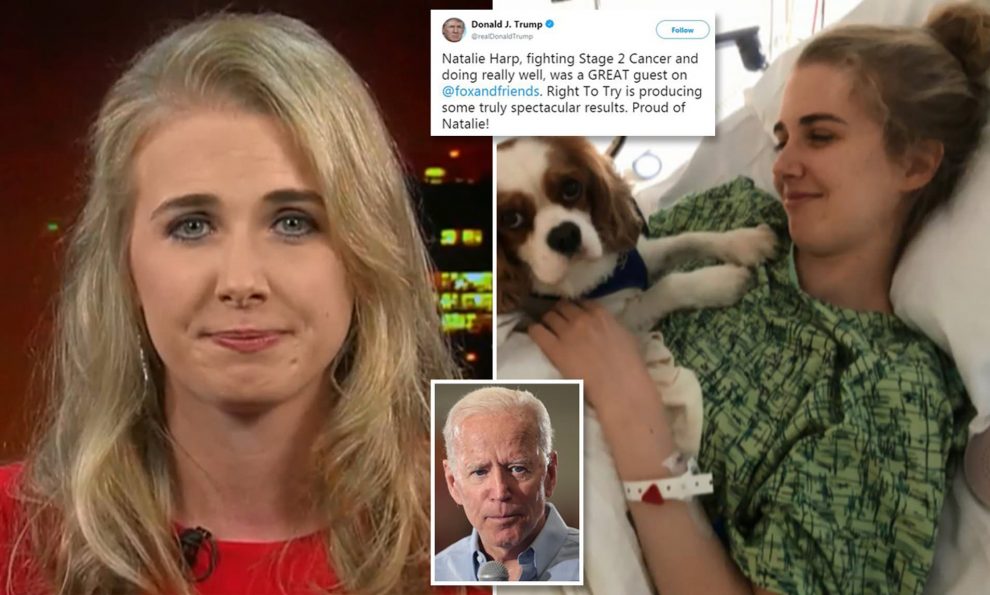 A woman fighting a rare bone cancer says that Donald Trump has helped save her life, most of which she has spent battling cancer, and has criticized Joe Biden’s promise to cure the deadly disease if he’s elected.

Natalie Harp hit out at Biden using it as a ‘political tool’ when he said on his campaign trail this week, ‘you’re going to see the single most important thing that changes America’ about his planned efforts to save lives.

California resident Harp shared how she disapproved of the bold statement from Biden – whose son Beau lost his own cancer battle in 2015 – as she donned red for an interview on Fox and Friends on Friday.

‘I’m not dying from cancer any more thanks to President Trump, I’m living with cancer,’ Harp told the hosts.

Her interview had been promoted by POTUS himself in the same week Biden had criticized him while they were both campaigning in Iowa and it was reported Trump’ internal polls showed he was trailing the former Vice President in states such as Ohio.

Harp is a friend of former Ohio Rep Christina Hagan.

Harp continued to bash the Democrats healthcare strides and even targeted Barack Obama in her Friday interview.

‘ObamaCare made health care about a president rather than a patient,’ Harp commented on Fox.

Harp shared how a nurse mistakenly giving her sterile water in an IV led to her becoming wheelchair bound in 2015.

She was offered opioids, medical marijuana, barbiturates, told about her Right to Die and the option of limiting food and drink intake.

But Harp refused the options despite failing two rounds of chemotherapy and being rejected from medical trials.

Harp said it was only when Trump signed Right to Try in 2018 – which allows patients to experiment with new doctors and treatments – that things turned around for her.

‘I’m walking. I am healthy. I am living the quality of life that I always wanted to have that it took me four years to find because I wasn’t offered it here,’ she said.

‘It took President Trump going to Washington to be able to get that for me.’ 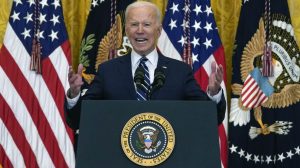 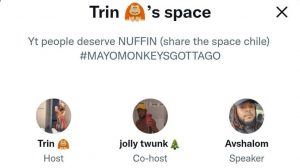 Joe Biden: ‘Wasn’t One Single Hint of a Scandal or a Lie’ in Obama Years
Honduran Mother Who Was Dubbed ‘Lady Frijoles’ After Blasting a Mexican Migrant Shelter For Feeding Her ‘Pig Food’ Of Beans and Tortillas Is Arrested In Texas For ‘Assaulting A Woman With a Gun’