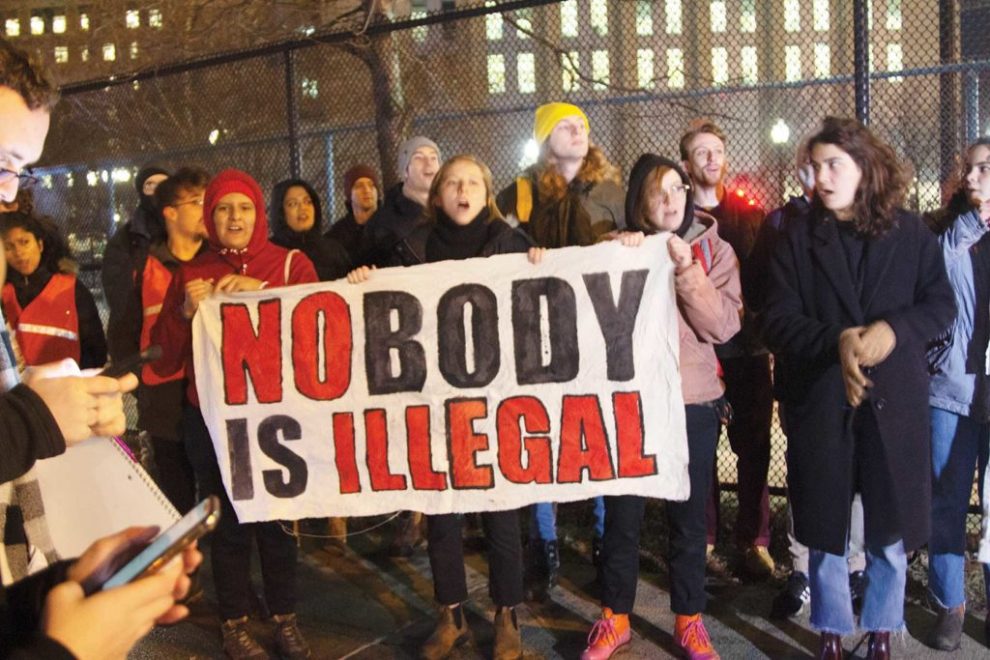 Illegal aliens held in Immigration and Customs Enforcement (ICE) custody at a Pennsylvania facility have started a hunger strike to demand their release in the midst of the Chinese coronavirus crisis.

On Saturday, the open borders group known as the Movement of Immigration Leaders in Pennsylvania organization announced illegal aliens currently held in a York, Pennsylvania, facility have started a hunger strike to demand their release:

The group is concerned that the virus has been brought inside by employees and detained people will not receive the necessary medical care to combat the virus. A great concern is that nurses who care for the sick do not have masks or gloves and could easily be spreading the virus among the most vulnerable. Although the state of Pennsylvania has enacted harsh penalties for price overcut during the pandemic, it has been reported that the center commissioner has increased his prices. [Emphasis added]

Many people currently arrested have been [given bail] but [are] unable to pay them to be released. [An ICE detainee] reported [to] us from the detention center, “It’s hard to find a bondsman who works with immigration — if his bail is 20,000 you have to pay the 20,000 — most of us are hard-working people and want to be home with our family, especially during a crisis like this. An American citizen had 6 months probation for the things we’re here for. There are people here for parking tickets, driving without a license – they have American kids, they’ve been here for half their lives.” [Emphasis added]

He indicated that of those currently detained downtown, many worked in Pennsylvania’s agriculture and construction industries before being detained… [Emphasis added]

The open borders group sent a letter to Pennsylvania officials asking that the sate “use the appropriate mechanisms to release as many people as quickly and safely as possible across prisons, jails and detention centers.”

Those who should be released from ICE custody, the group writes, include illegal aliens who have pending deportation orders, and they ask the state to “immediately halt ICE detention in any Pennsylvania county jail or state prison.”

Likewise, the group is asking that a statewide sanctuary policy be enacted during the coronavirus crisis, mandating that state and local police immediately stop turning arrested illegal aliens over to ICE agents.

Pennsylvania state officials have yet to respond to the group’s demands.

Already, in New Jersey, U.S. District Court Judge Analisa Torres has ordered ten illegal aliens in ICE custody to be released over the threat of a coronavirus outbreak in one of the state’s detention centers. Today, there remain about 40,000 illegal aliens, border crossers, and visa overstayers in ICE custody.