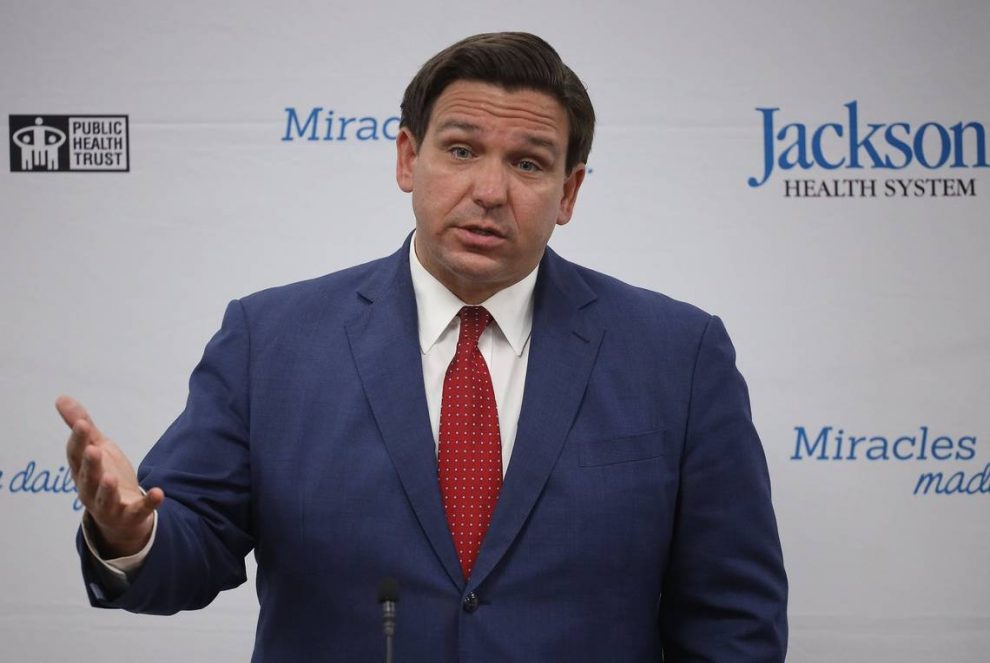 A handful of illegal aliens flown to the elite coastal island of Martha’s Vineyard on two planes chartered by Florida Gov. Ron DeSantis (R) are now suing the governor, claiming the flights violated their Fourth and Fourteenth Amendment rights.

On Tuesday, illegal aliens flown to Martha’s Vineyard filed a class action lawsuit against DeSantis — represented by lawyers with the non-governmental organizations (NGOs) Alianza Americas and Lawyers for Civil Rights.

The illegal aliens claim in their lawsuit that they were defrauded by DeSantis and promised employment, housing, and food when they arrived on Martha’s Vineyard:

The individual Plaintiffs were among the immigrants on those planes. All of them were subject to the same pattern and practice of inducement and deceit in the days leading up to their arrival in Martha’s Vineyard, orchestrated by Defendant DeSantis and implemented by the other Defendants. [Emphasis added]

Under the auspices of acting out of the goodness of their hearts, the Doe Defendants made false promises and false representations that if the individual Plaintiffs and other class members were willing to board airplanes to other states, they would receive employment, housing, educational opportunities, and other like assistance at their arrival. The Doe Defendants also told the individual Plaintiffs and other class members that they would receive assistance with their immigration proceedings at their destination. [Emphasis added]

See also  Mayorkas: ‘We Are Doing so Much’ on U.S. Border Policy to ‘Enforce the Law’

In fact, Defendants had made no arrangements for employment, housing, educational opportunities, or other assistance for the individual Plaintiffs or other class members at their destination. Defendants had not even notified any governmental or non-profit entity that could provide such services that the individual Plaintiffs and their similarly-situated class members would be arriving. [Emphasis added]

The lawsuit accuses DeSantis of violating the Fourth and Fourteenth Amendment rights of the illegal aliens by enticing them to board flights to Martha’s Vineyard.

Defendants’ conduct of inducing immigrants to travel across state lines by fraud and misrepresentation discriminates against individuals on the basis of race and national origin … this conduct impermissibly discriminates against non-citizen Plaintiffs on the basis of alienage and deprives them of the equal protection of the laws within the meaning of the Fourteenth Amendment to the U.S. Constitution. [Emphasis added]

The lawsuit asks the federal courts to determine that DeSantis violated federal law by transporting illegal aliens to Martha’s Vineyard and to prevent the governor from carrying out any more migrant flights to other states and localities.