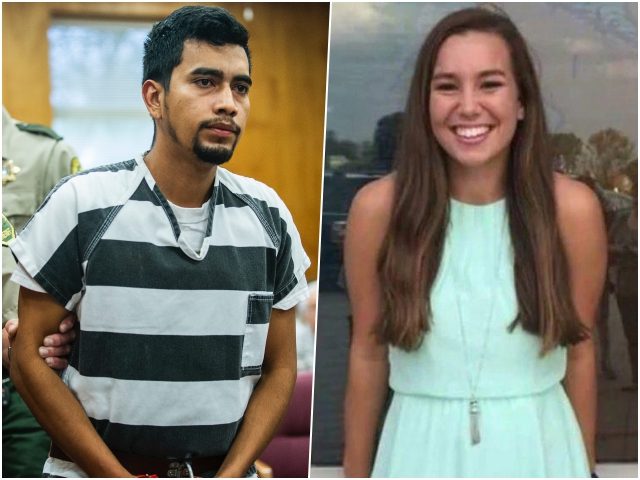 The illegal alien charged with murdering 20-year-old college student Mollie Tibbetts is asking that his confession be thrown out of the case.

In August 2018, Bahena-Rivera, an illegal alien from Mexico, was charged with Tibbetts’ murder after police said he admitted to confronting and chasing down the young woman after her body was found in a cornfield in Poweshiek County, Iowa. The illegal alien lived in a region of Iowa that was surrounded by sanctuary cities, as Breitbart News noted, and worked on a dairy farm using a stolen ID and Social Security card after allegedly crossing the U.S.-Mexico border as a child.

Bahena-Rivera’s attorneys have now filed a motion requesting that the illegal alien’s confession to police be thrown out of the case because they claim their client was not read his Miranda rights.

The motion claims law enforcement officials did not make Bahena-Rivera aware of the fact that he could have refused to have his car searched by police when they first went to question him last year at Yarrabee Farms, the dairy farm that employed the illegal alien.

The defense team also states that Iowa detectives did not read the illegal alien his Miranda rights before Bahena-Rivera confessed to murdering Tibbetts, and that authorities allegedly told him he did not need an attorney for the questioning.

This is the latest request that Bahena-Rivera has made in the murder trial against him. Most recently, the illegal alien’s defense team asked that the jury pool be moved to an Iowa county with less of a white population and more of a predominantly Hispanic region.