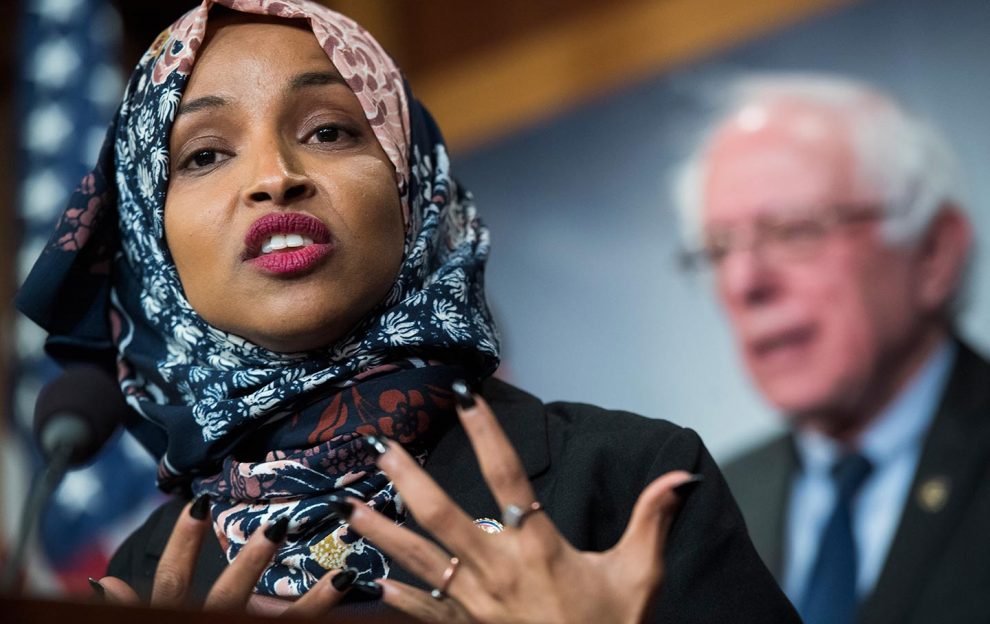 As I mentioned earlier, Ilhan Omar thinks she understands WHY there’s a crisis at our Southern Border.

As I said then, I take tremendous issue with this. Ilhan and I were about the same age when we moved to this nation. It’s funny what a GRATEFUL heart can do, isn’t it?

I came to this nation, got an education, and spend my life thanking my lucky stars for the opportunity to live in the best place on earth and make whatever I want of my life.

Ilhan came to this nation, got an education, became A CONGRESSWOMAN, and spends her time ripping on how much she hates this country.

Well, the people at Daily Wire also realized that for an immigrant who has been given EVERY OPPORTUNITY by this nation, she seems to have a lot to say.

Is Ilhan as quick to condemn nations where human rights are completely thrown out the window?

Following Omar’s remarks, The Daily Wire reached out to her office via phone and email to get her thoughts on two recent news items.

The first story comes from Brunei, where Sultan of Brunei Hassanal Bolkiah has said that new Sharia laws that are going into effect are a form of “special guidance” from God, according to Sky News.

The nation is going to introduce death by stoning as a punishment for gay sex and “amputation for those guilty of theft under sharia law, with both penalties to also apply to children once implemented.”

The second story comes out of the Middle East, where the Palestinian terrorist group Hamas recently fired 20 rockets into Israel and destroyed the homes of innocent civilians.

The Daily Wire asked Omar if she could provide comment on either story and if she found either of these acts to be “abhorrent and inhumane.”

She straight up refused.

She has NOTHING to say about this.

The Daily Wire also asked Omar if she would say that these acts are due to radical Islam.

Omar and her office refused to respond to multiple requests for comment.

The Daily Wire again contacted Omar’s office on Friday via phone and email to give them another chance to respond and notified them that a non-response would be considered a “refusal to condemn” these acts. Omar’s office again did not respond to the inquiries.

So she has nothing to say, huh?

I thought you had NO PROBLEM calling “inhumane” situations out?

Story cited here.
See also  Women Call for Sex Strike Against Men in Retaliation for the Overturning of Roe v. Wade
→ What are your thoughts? ←
Scroll down to leave a comment: