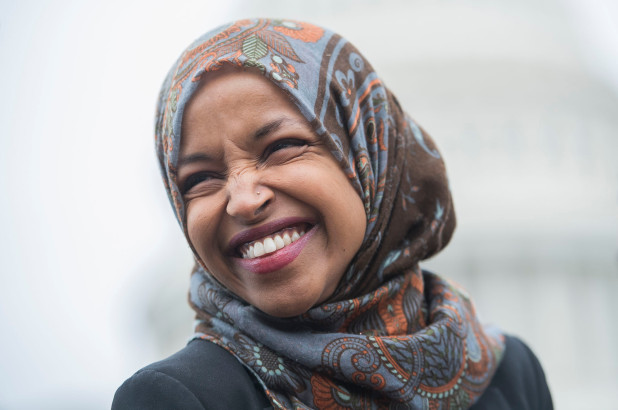 Rep. Ilhan Omar is catching flak on Twitter yet again for suggesting that US politicians were being forced to “pledge allegiance” to Israel.

“On this week’s episode, she’ll talk about Jewish power, money and dual loyalty!” Hikind added. “Next week: the apology. Rinse and repeat.”

Omar, 37, was responding to a tweet from New York Congresswoman Nita Lowey when she made the alleged anti-Semitic comments Sunday.

“I should not be expected to have allegiance/pledge support to a foreign country in order to serve my country in Congress or serve on committee,” Omar tweeted.

Lowey had been calling the congresswoman out for comments she reportedly made during a bookstore event last week — suggesting that pro-Israel groups were pushing lawmakers to “pledge allegiance to a foreign country.”

See also  Over 45 Shot Friday into Sunday Morning in Mayor Lori Lightfoot’s Chicago
→ What are your thoughts? ←
Scroll down to leave a comment: