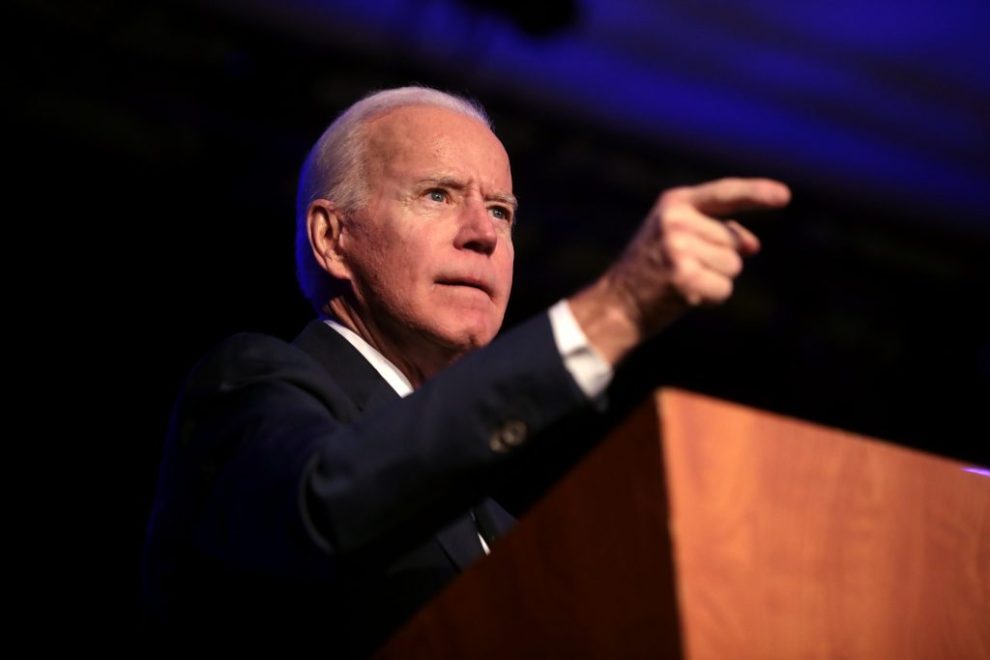 “As the president said, he intends to run. And if he does, I will be running with him,” Harris told reporters on board the Philippines Coast Guard ship Teresa Magbanua as she finished up a news-free trip to Asia.

Harris touted the Biden administration’s record, telling the media, “I have no doubt about the strength of the work that we have done over these past two years.” Well, tell that to the 64% of Americans living paycheck to paycheck.

And she tried to say spending another couple trillion dollars would solve everything. “We have delivered unprecedented relief for the American people during the pandemic,” she said. “We have passed an infrastructure law that many are talking about — we actually did.”

But Harris is wildly unpopular, even among the party faithful. And one very liberal news site this week said if Biden — who turned 80 over the weekend — really does go again, he oughta’ bail on Kamala and pick someone else.

“As Joe Biden weighs a run for re-election even as he becomes the first octogenarian U.S. president in history, he should think back on what it was like to watch the Harris campaign flame out,” Slate wrote.

“A second Biden term would mean even higher stakes for a vice-presidential pick—not only because Biden is older than he was the first time around, but because the VP serving when he leaves could be the de facto frontrunner in the [2028] Democratic primary. Harris, a proven dud of a presidential candidate who has done little to distinguish herself since, is not a good choice for the Democrats’ top billing. For his second term, should he seek one (he shouldn’t!), Biden should tap someone else,” the mag said.

According to RealClearPolitics, Harris has a 40% approval rating and a whopping 54% disapproval rating, the Los Angeles Times reported last week. Compared to her predecessors, Harris is faring far worse.

“As the country has become more partisan, vice presidents have been less likely to enjoy broad support among the public. Pence, for example, had a net favorability of roughly zero for much of his four years in the White House. Joe Biden, Dick Cheney and Al Gore all began their tenures with higher ratings than Harris currently enjoys,” the Times wrote.

Harris is unpopular in large part for her inattentiveness to the U.S. southern border, a task Biden assigned her in the early days of his administration.

“After becoming vice president, Harris was asked to lead the administration’s response to the contentious issue of immigration. Her handling of the topic has been criticized, which some observers link to her approval rating sinking at a greater rate than Biden’s thus far,” said the Times.

That has led some to say Biden should just run away from her.

“At the end of the day, it doesn’t much matter why Harris’s public favor has fallen,” Slate wrote. “Even though her bad polling numbers are not entirely her fault, for a variety of substantive reasons, she is not the rising political star she was initially made out to be. And an aging, past-his-prime statesman—especially one as disliked as Biden—needs the momentum of a rising star.”

“Democrats know this. They are already worried about it. I’ll leave it to them to decide who should replace Harris and how she could transition out of the job. (Would a Cabinet position do the trick?) At this point, almost any of the people who have been named as possible successors to Biden would be a better pick.”

“If Harris cares about the future of the Democratic agenda, she should gracefully step aside. The vice presidency is a valuable mechanism for soft-launching future presidential hopefuls. Democrats cannot waste it on a candidate who has already failed to launch,” Slate wrote.