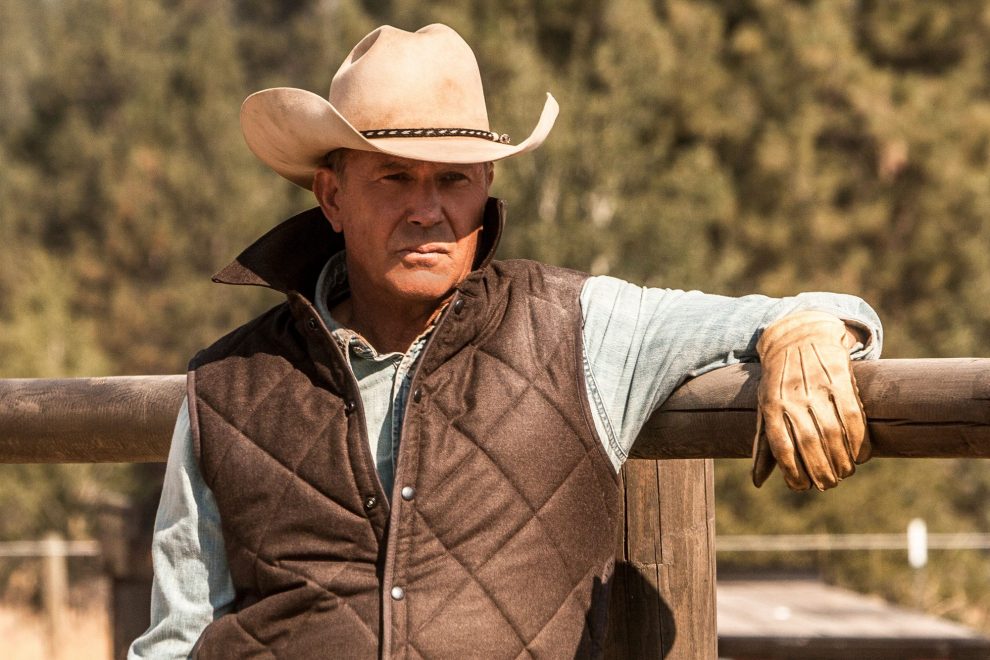 Amidst a wasteland of absolute trash coming out of Hollywood over the last several years, Taylor Sheridan’s “Yellowstone” has become a saving grace for television watchers everywhere.

It’s gritty, it’s visually stunning, it’s fun, and most of all, it’s not woke.

Ring in the new year with the Duttons! Watch #YellowstoneTV from the very beginning tomorrow at 12pm ET, all leading up to Sunday's mid-season finale on @ParamountNet! pic.twitter.com/At6mSwbWPl

There aren’t any explicitly leftwing narratives being shoved down the audience’s throat when you watch “Yellowstone” or its equally well-done prequels, “1883” and “1923.” In fact, there’s a rather conservative bent at times throughout the franchise, though Sheridan is loathe to allow his work to be defined along political lines.

For example, the latest season of “Yellowstone” has the Duttons converting a rabid environmentalist from her misguided secular religion. There’s also a speech that John Dutton gives after being elected governor, where he proclaims himself the “opposite of progress.” When one watches the show, there’s little doubt about what political party he belongs to, in the alternate universe being portrayed.

Of course, because Sheridan values story-telling over toeing the left-wing line (and in many cases, doing the opposite), liberal elites have shunned it. Throughout its run, numerous complaints have been lodged, and the show has often been branded a “red state show.”

For example, there was this recent piece in the Toronto Sun decrying “Yellowstone” as a “love letter to lonely conservatives.”

I mean, yeah? Though I’d quibble with the idea that conservatives put that much stock in any television show or that “loneliness” is an issue, certainly the fact that “Yellowstone” doesn’t spit in the faces of conservatives plays a role in its popularity among them. People do not typically enjoy having their whole worldview thrashed in the name of entertainment, and on that front, Sheridan has struck a balance, even if that balance upsets a left that demands total conformity.

Other critiques of the show tend to focus on the fact that the heroes simply aren’t diverse enough and don’t respect modern cultural battles, such as this line from an overwrought analysis by Looper.

Initially, the irony of rich, white landowners making a desperate last stand on stolen land — against, in part, the very people from whom it was stolen — was very present, and even integral to the story and its narrative tension.

Obviously, the Duttons are white, and yes, they are presented as having settled on land previously fought over for thousands of years by tribes of Native Americans. Are those stories supposed to be off-limits?

To be fair, the writer of that article does a better job of understanding the show, but ultimately still misses the mark. Why? Because in the end, conservatives aren’t drawn to Yellowstone for its lack of diverse female characters or even its beautiful landscapes. Rather, they like it because – and stick with me – it’s actually entertaining.

I know that’s a foreign concept to so many producing content in Hollywood these days, but properties that prioritize storytelling, world-building, character development, and entertainment tend to do well. “Top Gun: Maverick” was not explicitly conservative in any real sense. Yet, it turned into one of the biggest blockbusters in history because it was fun, well-done, and gave people what they wanted, which in its case was a pro-American, old-school action flick.

Still, “Yellowstone” scratches other itches already mentioned. The cinematography is epic, and yes, it’s refreshing to see a story told that doesn’t bend to every modern, leftwing trope.

For example, in Disney’s “Kenobi,” there was never even any question that The Empire’s Reva, a black woman, would end up with a ridiculous redemption arc. Why? Because Disney would never allow a black woman to actually have depth, mystery, and complexity outside of mainstream ideals. That kind of woke rigidness destroys any tension being built by the story because one knows how things are going to end from the word go.

In “Yellowstone,” an environmentalist wacko is portrayed as an environmentalist wacko. A power-hungry Native American remains a power-hungry Native American. Why? People are cardboard cutouts, and motivations and morality don’t sort themselves out strictly along racial lines. That’s not to say Sheridan doesn’t allow non-white characters to be heroes. He absolutely does (one of the best characters is Native American), but he doesn’t force the issue in ways that make viewers roll their eyes.

To summarize, what “Yellowstone” does most successfully is respect its audience. It doesn’t make conservatives feel dumb for liking horses, cowboys, and picturesque views. On the other hand, it manages to also give credit to more traditionally liberal views on land preservation and the unfair treatment of Native Americans. It’s a show that tells a good story while not becoming preachy and nakedly ideological along the way. That’s something in short supply in Hollywood these days.