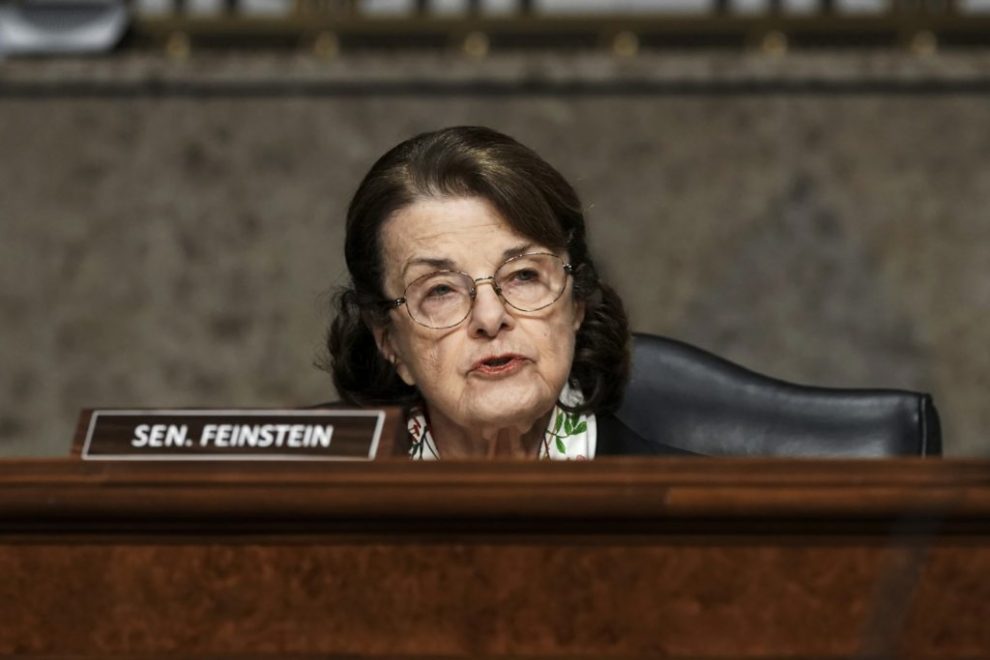 89-year-old Democrat Senator Dianne Feinstein’s cognitive decline is so bad that she reportedly became angry with staffers who were trying to debrief her on the stopgap funding bill.

“I don’t even know what that is,” Feinstein said to her staffers of the stopgap funding bill.

The US Senate on Thursday passed a stopgap funding bill in a 72-25 vote to avert a government shutdown.

The bill, which has to clear both chambers and head to Biden’s desk for a signature before midnight Friday, will fund the government through December 16.

Feinstein voted ‘yay’ on the bill even though she told her aides she had no idea what the stopgap funding bill is.

Democratic Sen. Dianne Feinstein grew frustrated with staffers trying to prep her for what’s become a routine Senate vote on Thursday, blurting out “I don’t even know what that is” after aides asked if she had questions about the latest stopgap funding bill.

The internal discussion, which took place along a bank of elevators in the Senate basement and was loud enough for Insider to overhear, bubbled over into outrage as Feinstein struggled to get her bearings before the midafternoon vote.

As they escorted her from the Senate subway to the elevators that whisk lawmakers to within steps of the chamber on the second floor, Feinstein’s aides tried to explain the pending issue to the 89-year-old California Democrat.

“This is a vote on the continuing resolution. Do you have any questions about it?” a male staffer said right before Feinstein snapped at him. She then fished a slip of paper from her purse before stepping into an elevator with her handlers.

Earlier this year the San Francisco Chronicle reported Feinstein is in such bad shape that her own Democrat colleagues want her to retire before her term expires at the end of 2024.

The California Senator will be 91 years old when her term expires at the end of 2024.

According to Democrats who spoke to the San Francisco Chronicle on the condition of anonymity, Feinstein’s cognitive decline is so bad that a lawmaker had to reintroduce themselves to her multiple times during one encounter.

The Chronicle spoke with four US Senators and three former Feinstein staffers about the California Senator’s cognitive decline.