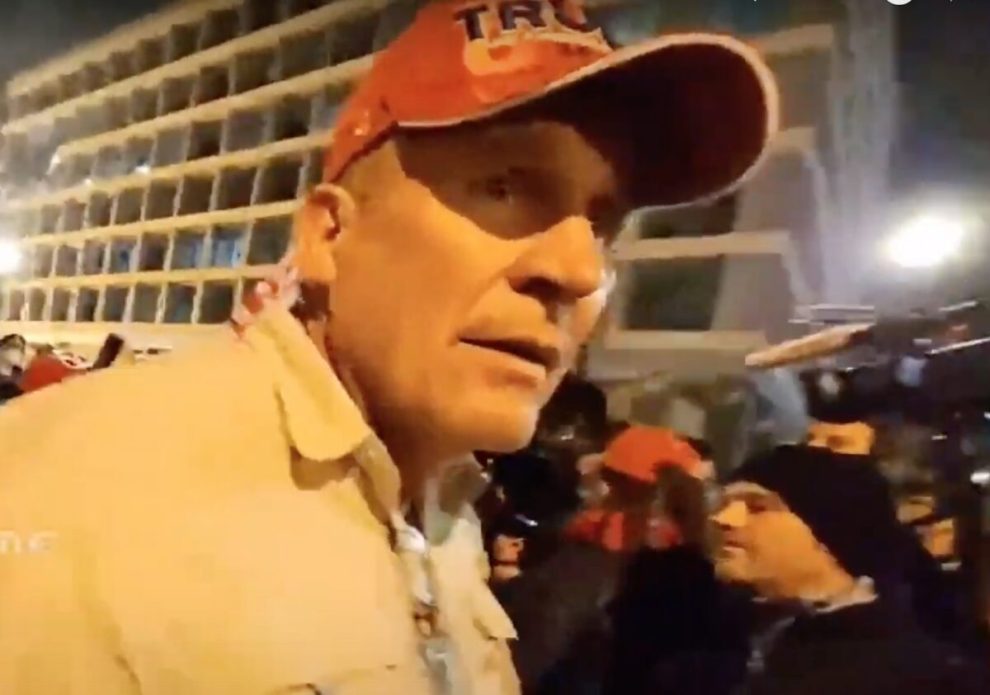 Ray Epps, the uncharged man identified as a key instigator behind the January 6, 2020 Capitol Breach for telling people to storm the Capitol, said in a text message to his nephew that he “orchestrated” things, according to newly released witness transcripts from the January 6th Committee.

On January 6, 2021 Ray Epps texted his nephew to say, “I WAS IN THE FRONT WITH A FEW OTHERS. I ALSO ORCHESTRATED IT.” See the relevant section and also link to full transcript below https://t.co/JV1cITkprd pic.twitter.com/EJb6UKoDfU

“At that point, I didn’t know that they were breaking into the Capitol,” Epps told Congressional investigators, adding “I didn’t know anybody was in the Capitol. … I was on my way back to the hotel room.”

But the night before, Epps was seen going around to various groups of Trump supporters, telling them they need to storm the capitol.

No "I didn't know what was going on" for him https://t.co/SJUpIXzH8h

In two interviews with the FBI in 2021, Epps explained his actions on Jan. 5 and Jan. 6. He admitted he was guilty of trespassing on restricted Capitol grounds and confessed to urging protesters to go to—and into—the Capitol on Jan. 6.

Epps also told members of the Committee that he found himself playing peacekeeper between Trump supporter “Baked Alaska” and the police – who called Epps a Fed.

“I was trying to find some common ground,” said Epps. “This guy was trying to turn people against me…he was calling me ‘boomer,’ and it’s his generation’s fault that we’re in the position we’re in.”

Despite the admissions, the FBI never arrested Epps and he was not charged by the U.S. Department of Justice with any Jan. 6 crimes. The non-action has fueled a crop of theories that he might have been working for the FBI or another agency.

Epps, 61, has repeatedly denied those suggestions through his attorney. 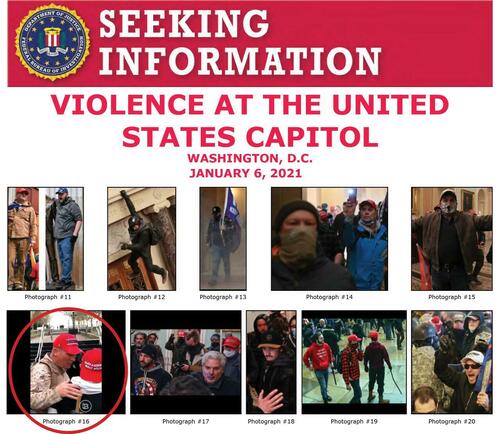 Speculation that Epps was a ‘fed’ intensified after a Revolver News reported with the headline: “Meet Ray Epps: The Fed-Protected Provocateur Who Appears To Have Led The Very First 1/6 Attack On The U.S. Capitol”

Revolver also determined, and will prove below, that the the FBI stealthily removed Ray Epps from its Capitol Violence Most Wanted List on July 1, just one day after Revolver exposed the inexplicable and puzzlesome FBI protection of known Epps associate and Oath Keepers leader Stewart Rhodes. July 1 was also just one day after separate New York Times report amplified a glaring, falsifiable lie about Epps’s role in the events of January 6.

Lastly, Ray Epps appears to have worked alongside several individuals — many of them suspiciously unindicted — to carry out a breach of the police barricades that induced a subsequent flood of unsuspecting MAGA protesters to unwittingly trespass on Capitol restricted grounds and place themselves in legal jeopardy. -Revolver News

As speculation over Epps grew, Rep. Adam Kinzinger (R-IL) claimed that Epps had “cooperated with the Jan 6 committee,” and was removed from the FBI’s most wanted list “because apparently he broke no laws.”

We’re sure Epps, who claims he wasn’t working for the feds, ‘cooperated’ indeed.

And who’s this guy?

Who unlocked the magnetic doors on the east side of the Capitol on January 6? When George Tenney first tried to open them, both were locked. Then after he pointed at the doors and said something, the left door opened. #SmokeyInsider #GreenSidesPack #ScruffyBouncer #January6 pic.twitter.com/4VlH2pIlhJ