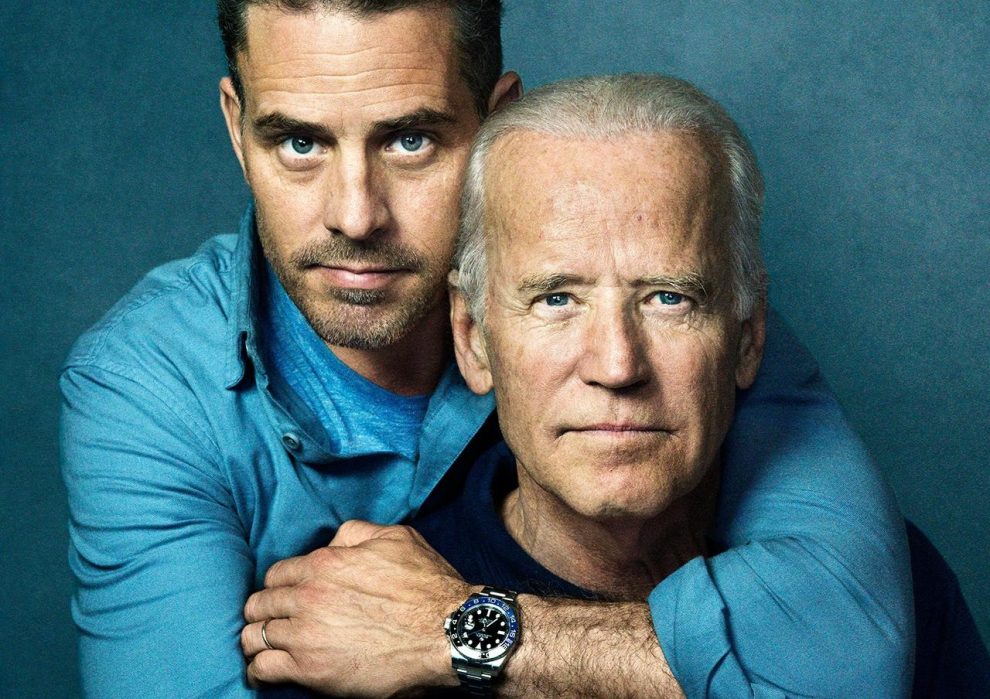 Maybe she should call the book “Not-So-Beautiful Things.”

Kathleen Buhle, the ex-wife of Hunter Biden and former daughter-in-law to now-President Joe Biden, is set to spill some ugly family secrets in a book due out only months before the midterm elections that will define the Biden presidency — judging by published reports about it.

And making the House of Biden look crazier than the Kardashians on a bad day isn’t likely to help out the president’s cause.

According to People magazine, Buhle’s book is the first time she has opened up about the wreckage of her marriage to the self-confessed drug addict who turned his family name into a ticket to fortune.

Titled “If We Break: A Memoir of Marriage, Addiction, and Healing,” it’s probably the last thing Democratic political operatives want coming out in a midterm election year that already promises to look as disastrous for the party as Biden’s first year in office was for the rest of the country.

As People noted, Buhle married Biden in 1993, when his father was but a Delaware senator with a failed White House bid behind him. In the 24 years they were together, the couple had three daughters and watched as Joe Biden’s political career went through another failed presidential run, then turned gold with his ascension to vice president under Barack Obama.

As most of the country knows, Hunter Biden’s career did pretty well during the Obama presidency, too, what with being a board member for a Ukrainian energy company despite not speaking Ukrainian or knowing anything about energy — among other ventures.

But however much of a whiz at business he was — helped no doubt by his father’s position — young Hunter was not, surprisingly enough, much of a family man.

In his own memoir, “Beautiful Things” — which was released and flopped last year — he admitted to abusing alcohol and drugs to a degree even some rock stars only dream of.

His infidelities have also become a matter of public record.

The couple’s 2017 divorce included Buhle alleging in legal documents “that her estranged ex had spent money on drugs, alcohol, prostitutes and strip clubs,” as People noted.

The reality is, the American public already knows a good deal about just what an unsavory character Joe Biden’s son is, thanks to his book and, of course, that laptop he lost in a computer shop (the one the mainstream media used to swear was fake). They already know, for instance, that his pretensions to being a hot artist depend mainly on the signature that includes the name “Biden” more than any merit of the piece.

That isn’t likely to make Buhle’s book any less damning — coming as it does from the woman most directly involved.

“Buhle’s book doesn’t shy away from those previous disclosures; instead, it will shine a light on the ‘heavy toll’ addiction can take on relationships, according to the book’s publisher,” People reported.

That isn’t likely to make Buhle’s book any less damning — coming as it does from the woman most directly involved.

“Buhle’s book doesn’t shy away from those previous disclosures; instead, it will shine a light on the ‘heavy toll’ addiction can take on relationships, according to the book’s publisher,” People reported.

In “Beautiful Things,” as Fox News reported, Hunter recounted how he’d begged Biden to publicly approve of his relationship with Hallie to give it a sheen of respectability. (He probably didn’t mention his e-sex relationships elsewhere.)

The fact that Joe Biden did approve might be understandable as a father — with an emphasis on might — but it speaks to the pitifully poor judgment he’s shown as the president.

This new book is just about exactly the opposite of what the Biden White House needs coming out at the beginning of the summer before the fall elections.

A well-publicized reminder to the American people about how sleazy the Biden family actually is — trading off Joe’s political juice for money and getting out of legal trouble — could well add on to Biden’s other obvious problems and wipe out what little political capital the White House retains after a catastrophic first year in office.

No, it won’t make Joe Biden look worse to the reddest of red regions, where he and his wildly left Democratic Party are already held in richly deserved contempt.

And it likely won’t hurt him in the blue regions either. No divorced wife’s memoir is going to cost the Democrats New York City, Hollywood or pretty much any major city in the country — no matter how disastrous their policies are.

If there’s any doubt about that, check out the social media responses to Fox News’ tweet about the Buhl book.

“So you’re demonizing addiction again,” one wrote. (When in doubt, claim victimization.)

But for the independent voters who will be deciding elections in swing districts across the land, a book like Buhle’s will be just one more cloud over the already clouded Biden name.

The Biden presidency is a disaster, with Americans furious at domestic problems like rampant inflation and a border crisis that isn’t going anywhere.

The last thing Democrats — and Biden — need is a memoir from a former daughter-in-law reminding Americans what kind of family man has been installed in the White House.

By November, things are going to be ugly enough.