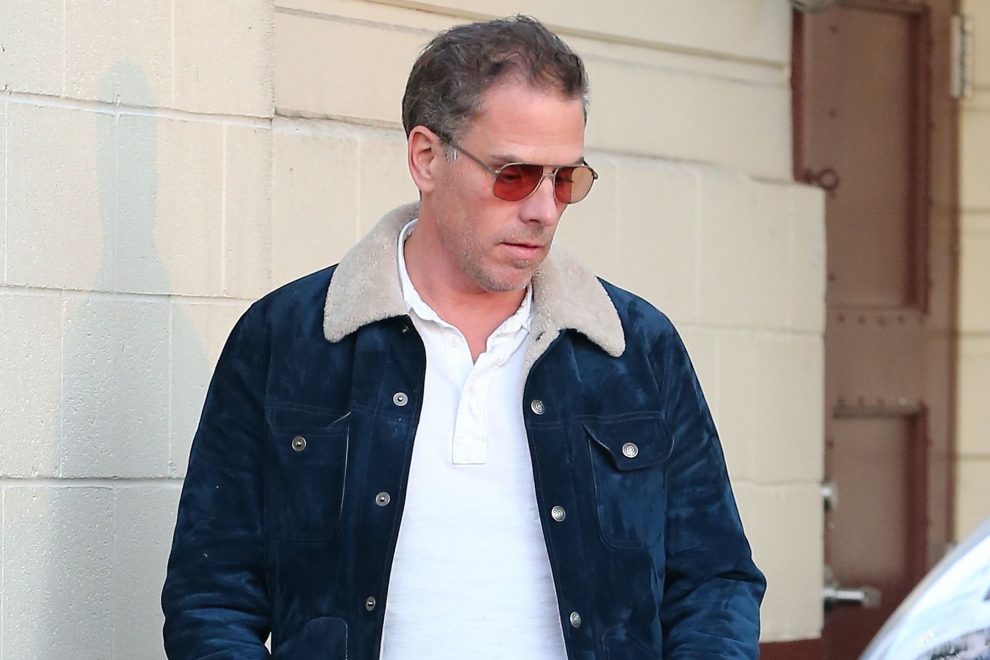 The “smartest man” His Fraudulency Joe Biden knows had an affair with his brother’s widow and then urged her to get tested for HIV.

The New York Post reports that Hunter Biden was desperately insisting his brother’s widow, Hallie Biden, get herself tested for HIV as their affair limped to its conclusion in July of 2018.

The emails, which were found on the laptop the “smartest man” Joe Biden knows left in a Delaware computer shop and lost ownership of, show a frantic Hunter Biden “scared sick” about HIV.

“TODAY. I am getting tested today. I have been sick scared Hallie and you [hang] up on me,” Hunter wrote. “You need to inform me of the result.” He added, “The love you give is so disturbing.”

The subject line of the email was in all caps: “YOU NEED TO GET TESTED FOR HIV HALLIE.”

The affair began after Hunter’s brother, Delaware Attorney General Beau Biden, died of cancer in May of 2015 at age 46. Hunter was still married at the time and the marriage was apparently irreparably damaged by the affair. Hunter’s wife filed for divorce at the end of 2016.

The emails also show that Hunter, who has his own addiction issues, chastised Hallie over her sobriety:

“[You’re] not clean and sober Hallie,” Hunter wrote. “You’ve found a new release for your poisoned mind … you need serious long term professional help and I hope you get it. I promise I will try my best to make that happen.”

Hunter then concluded the message with a stern demand to his sister-in-law.

“I love you hHallie [sic] even when youre cruel,” he wrote. “GET TESTED AND TELL ME RESULTS Today.”

And on and on goes a dysfunctional and bitter exchange. In one reply email, she reminds him of his own sobriety problems and thanks him for his “passive aggressive a–hole email.”

You can only read this and shake your head at the tragic damage and dysfunction, not to mention the field day the corporate media would have — the media that pretends to be objective and unbiased — if this were one of former President Trump’s sons or daughters.

It’s also important to remember that all of this is coming from a laptop the corporate media told us was “Russian disinformation” when the media knew that was a lie.

Well, at the rate he’s going, it won’t be long before Joe doesn’t know Hunter anymore or himself or where he is or how to feed himself.

Overall, though, I pity Hunter and Hallie. Two lost souls lost in the despair and addiction of sin.